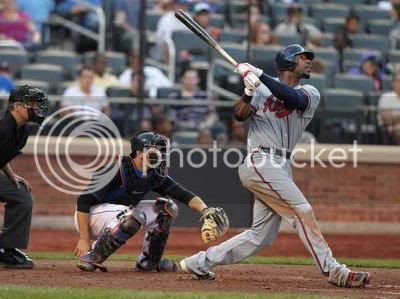 I feel the need to emphasize that, with the six-month 162-game marathon of a season, there is so much variability in the performance of baseball teams and the outcome of the season that it's almost fruitless to discuss them like this. But, we baseball fiends like to blabber about it anyway.


I bring this up also because you have to keep in mind that even the highly intricate forecasting system whose win numbers I'm using, PECOTA, has huge variance. The number they present is basically an average but it's to be understood that the end result could easily fluctuate 5-7 games in either direction. I just received my ESPN Magazine in the mail today which features Dan Szymborski's ZiPs projections for each team and they even look very different (the Phillies are projected to win 95 games as opposed to PECOTA projecting 90).

So there's a lot of expected variance inherent in all of this. I'm not pretending to be an oracle, just using the win numbers as a springboard. It's inevitable that somebody will get hurt, somebody will slump badly, somebody will unexpectedly turn in a huge season, and that's the fun of actually watching the games. I can tell you with confidence, though, that the Nationals will suck.

NL East
(note that the PECOTA numbers are as of March 25th, 2011. They might have changed a bit by now.) 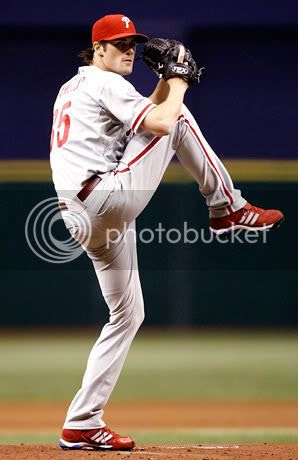 Having assembled what might be one of the best pitching rotations of all time, the Phillies will try to prolong their dynasty which has seen them make it as far as the League Championship Series three years in a row and an increase in regular season wins for four straight seasons (89, 92, 93, 97). The only thing that could prevent this team from reaching 100 victories this season will be their rapidly declining lineup. The team scored just 772 runs last year, their fewest since 2002, while Chase Utley and Ryan Howard missed time with injuries. Jimmy Rollins is no longer a capable hitter and Raul Ibanez turns 39 years old this summer. Having 22-year-old rookie Domonic Brown, one of the best offensive prospects in baseball, step into the starting lineup certainly helps but he's got big shoes to fill as the departed Jayson Werth was the team's best hitter last year with a 145 OPS+.

If the offense manages to muster just league-average production, this team will still win a ton of games because of the pitching staff. Their #4 starter, Cole Hamels, struck out 211 hitters last year. Roy Oswalt showed us is still an elite pitcher, leading the NL in WHIP, recording 193 strikeouts, a 2.76 ERA, and 6th-place finish in the Cy Young voting. That's the #3 starter. The top two guys are arguably two of the top 3 pitchers in all of baseball.

It's a long season and so many of the stars in this lineup are over 30, but I see them winning at least 95 games and possibly heading to another World Series. If they suffer any long-term injuries, though, this next team is just about ready to usurp their hold on the division.

I spoke very highly of the Braves in my preview last season and I think they look great again this year. It's all about the pitching. Tommy Hanson is the ace of the staff already at age 24 and I wouldn't be surprised if he's a Cy Young candidate this year. Tim Hudson and Derek Lowe are veteran groundball machines and 25-year-old Jair Jurrjens is an excellent pitcher when healthy. The bullpen looks to be a major strength with the young flame-throwing lefty/righty duo of Jonny Venters and Craig Kimbrel at the back end.

On offense, right-fielder Jason Heyward played a full season in the majors last year at age 20 and not only held his own but had a pretty damn good season (.393 OBP). The team as a whole can get on base, they were one of the top OBP teams in baseball last year and adding a homerun threat like Dan Uggla (30+ homers each of the last four years) into the mix along with highly-regarded rookie first baseman Freddie Freeman makes this an improved lineup.

The one area of concern might be their defense, especially with Dan Uggla taking over at second base. Chipper Jones isn't the best defensive player and that makes two liabilities in the infield with a predominantly groundball staff. Alex Gonzalez is still a great defensive shortstop though and I think this deep pitching staff will be able to succeed despite their second baseman's Uggla-ness. It'll be another 90 win season and a trip to the playoffs for this improving Braves team.

Another NL team with a deep rotation, the Marlins will once again have to settle for floating on the peripheries of contention this year because of some weak spots in the lineup. While having Mike Stanton, projected to bash upwards of 30 homeruns, batting behind Hanley Ramirez all year will certainly put some runs up on the board, giving at bats to hitters like Emilio Bonifacio, Donnie Murphy and Matt Dominguez is badly detrimental to the team's success. The same goes for their decision to put Chris Coghlan, a mediocre left fielder, in charge of covering the vast center field pastures in LandShark Stadium (is that really the name of their stadium these days?). The bullpen also looks to be suspect. 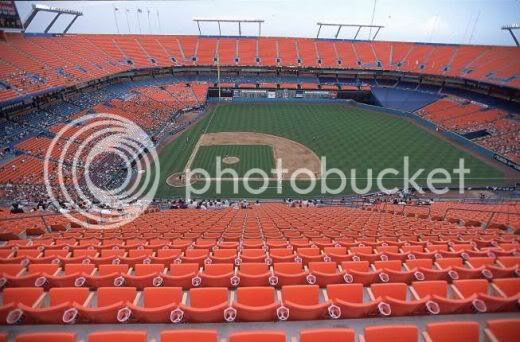 A great rotation will make up for this team's shortcomings and keep them a game or two over .500. I expect a big season from Javier Vazquez who clearly doesn't enjoy pitching in the spotlight and should be content to do his duty in front of a mostly empty home ballpark in Miami. Josh Johnson is a perennial Cy Young candidate, he won the ERA title last year, and Ricky Nolasco continues to be unlucky and unheralded while posting great peripherals (4.45 K/BB ratio last season).


Because they always seem to be in the playoff mix even with a low payroll, no fans, and a jerky owner, I usually enjoy seeing this team succeed. But this year I don't think they'll come close to the Braves or Phils and the lowly Mets might even overtake them.

As a Mets fan, at least I can say this: it's more fun to root for a team with imperfections. Even after they revamped their front office with some of the best minds in baseball, the Mets are still the butt of everyone's jokes because their owners got burned by the biggest Ponzi scheme in history and now have to borrow money from the league office in order to make payroll. Things don't look so great on the field either. Most projection systems forecast them to finish in fourth place, their rotation looks like crap and they've got a ton of injury risks in the lineup.

There is room for optimism, though. If there are no injuries, this is the best lineup in the whole division. The top seven hitters can all get on base at an above-average clip and even their new second baseman, rule 5 draft pick Brad Emaus (whose name is pronounced exactly like the name of Odysseus' swineherd "Eumaeus") is projected for a solid .330 OBP. David Wright is one of the best hitters in baseball and, when he's at full strength, so is Carlos Beltran though nobody really knows what to expect from him this year after a bunch of knee injuries. Jason Bay had a power-outage (career-low .402 slugging) last year before the lights went out in his skull after smashing it into a fence. He's another roll of the dice. When healthy he's a great hitter. Same with Jose Reyes. With good health, the offense alone could push this team over .500.

The pitching looks to be a fun adventure ride. Each of the top three starters relies exclusively on one pitch. Mike Pelfrey has a sinker, Jon Niese a cutter, and R.A. Dickey a whacky knuckleball. If they could combine those three pitches into a single repetoire, they'd get a lot of people out. Otherwise, they'll struggle to post league average numbers. The rest of the staff doesn't look so good either, although I do think Chris Young can be a very effective pitcher if he's healthy. In the bullpen, they've got so many new faces that I really don't know what to expect.

Every aspect of this team is pretty nebulous, really, nobody knows what to expect out of them this year. It does seem like their ceiling is no more than probably 85 or 86 wins but they could just as easily win 70 games and it wouldn't shock anyone. I think they'll provide plenty of excitement as well as frustration on the way to an 83-win season. And that should be considered a success.

Two Zimmermans and a Werth won't be enough to make this team reach 70 victories. The lineup is bereft of OBP and the pitching staff, aside from Jordan Zimmermann, looks like vintage Pittsburgh Pirates material. I do have a soft spot for Livan Hernandez because his strike zone craftwork is so fun to watch but he got very lucky last year with balls in play and is a good candidate to implode this year. They've got some promising prospects, sure, but they won't be playing any seriously competitive baseball until 2012 at the earliest.
Posted by PQ at 3:12 PM