Read Before the Electronic Ink Evaporates: Illustrated Joyce (and some Dali too)

Despite it being far too hot in Austin right now to do anything, including type on a computer, I have a few too many things that have been waiting in the queue and now's the time to share them. 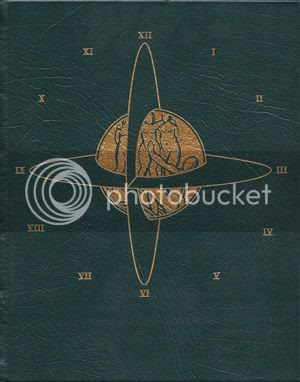 First up is a post over at the website Brain Pickings that shares images from the special edition of Ulysses for which Henri Matisse provided illustrations in the 1930s. An American publisher had commissioned Matisse to provide some artwork for the text for $5,000 and Matisse came up with 26 full page drawings.

While the combo of Matisse and Joyce certainly sounds intriguing, I'm not particularly enamored of the result and neither was Joyce. The problem is that Matisse didn't bother to read Ulysses and instead drew up scenes from Homer's Odyssey.

I do really like the cover (shown on right) but the rest of it is unexciting.

In the mid-1930s when the Matisse-illustrated edition of the book was being put together, Joyce was hard at work finishing up writing Finnegans Wake which he been laboring on for almost 15 years. Fragments of the Wake (known as Work in Progress at that point since he kept the title secret until completion) had been appearing in magazines and even in individual book form during this time. Joyce encouraged his mentally unstable but artistically brilliant daughter Lucia to take a crack at making her own illustrations for one of the chapters of his enigmatic work and the results were actually quite good. Joyce much preferred her illustrations to the ones by Matisse and you can see why.


Also at Brain Pickings, through that Matisse Ulysses post I came across a posting about something from Salvador Dali that I'm amazed to have never seen or heard of before: his illustrations for Lewis Carroll's Alice in Wonderland. They were painted in the late 60s, an interesting period for Dali as he'd been famous for four decades already and was clearly experimenting with his style and bringing some new touches. Here's my favorite piece from the collection: 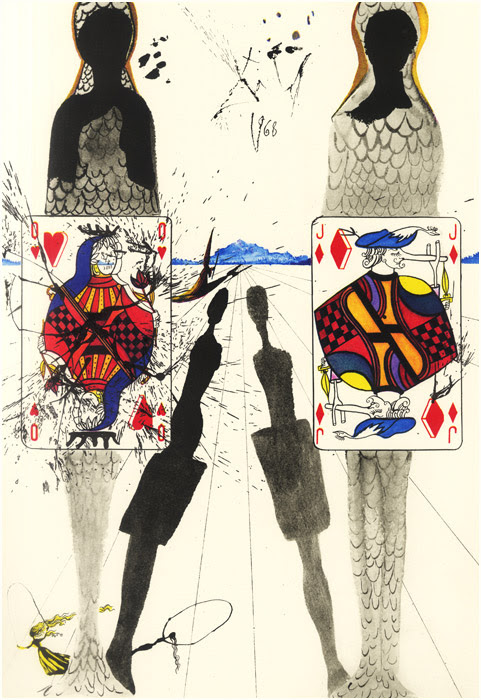 And last but definitely not least, Pulitzer Prize-winning novelist Michael Chabon wrote a lengthy, well-informed piece on "What to Make of Finnegans Wake?" in the latest issue of the NY Review of Books. It's a great piece, creatively written and he clearly knows his stuff when it comes to Joyce. Unfortunately, most of the article is hidden behind a pay wall. I was lucky to have someone share the full piece with me, though, and I'm going to go ahead and share it here for all to read. It's too good to be stuck behind a wall and it really bothers me when such Joyce-related material is hidden from an already mostly Joyce-ignorant public.

So, here it is in its entirety. Hurry up and read it before I get it in trouble and have to take it down.

EDIT: They ended up putting the full piece online after all. Go ahead and read it HERE.
Posted by PQ at 3:59 PM