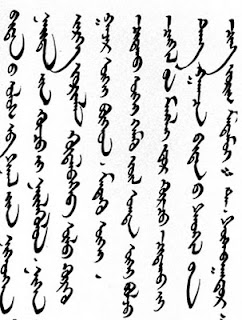 "My vinyl voice so vintage, hear the *crackling* and the *clicking*"
- Kevlaar 7

With three high-quality releases in less than two years, Kevlaar 7 is arguably the most consistent purveyor of pure hip hop right now. This latest offering, Sophisticated Movement, is a 15-track collaboration with burgeoning beatcrafter Woodenchainz, an album bursting at the seams with soulfulness as the sounds of decrepit Detroit's underground hip hop/blues heart continues to pour out from the Wisemen camp.

The Importance of the O

Written by Wu-Tang's Gza/Genius, performed by Jim Jarmusch. (Not sure who produced it, though I believe it's Preservation).

Here's a recent New York Times piece on The Gza/Genius and his new enterprise to teach science in public school through the use of hip hop rhymes. Wu-Tang is for the babies, in case you didn't know.


Growing up in the Park Hill Houses on Staten Island, he was curious about the physical world but bored with school. Hip-hop became his outlet for showing off intellectually.


It took him more than two decades to develop his curiosity about science into “Dark Matter,” an album now in the writing stage, which he hopes will bring his fans to astrophysics, starting with the Big Bang.

Trying to get back into the groove after an extended period away from doing any serious writing. My journey deep into the heart of Finnegans Wake has consumed me (increasingly so) for almost six months now. With just one chapter left until I've completed my first full go-round with the book, I'll soon have lots to say about it all. In the meantime, forgive my absence and enjoy perusing this wonderfully illustrated list of the ten best science books of the year via the essential Brain Pickings blog.

And here's a stunning cosmic photograph that appeared recently at the Astronomy Picture of the Day webpage.

Pretty sure I've posted this before in the past, but certainly well worth a re-posting. It's a video showing the entirety of the universe as we comprehend it, set to the music of composer Hans Zimmer (actually, a funky remix of Zimmer).
Posted by PQ at 6:08 PM 3 comments: