Unfortunately this comes a week late as it's been a busy, event-filled week in my life. But a look at what lies ahead for the season's second half is still appropriate as only a couple of games have been played past the midway point.

We've already looked at the Eastern Conference, now let's dig into the much stronger West.

The standings are as of today, Sunday January 10th.


1. Chicago Blackhawks
(31-11-4) 66 pts
They were predicted by everybody to be a great team and, whaddaya know, they're a great team. Best in the NHL, in fact, with the league's best offense, secondbest defense, and best goal differential. The only possible weakness we were acknowledging before the season, their goaltending, hasn't been a problem at all. Both Cristobal Huet and Antti Niemi have been great.

Outlook: They only look to be picking up steam as the season progresses. They're primed for a deep playoff run. 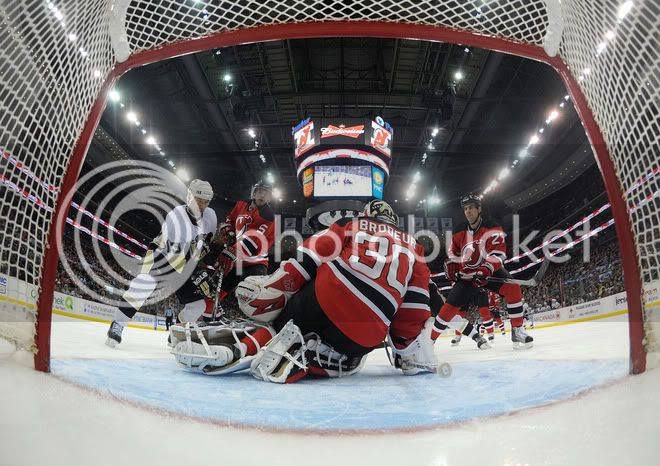 As the calendar flips to 2010, the NHL season has reached its midway point and thus I think we've got enough games played to where we can actually start to look at who the real contenders are and what are some teams' chances for the season.

I'm going to go through each conference to take a look at how things might shake up in the season's second half. I'll present the Eastern Conference today and tomorrow go through the West.

(Conference standings are as of tonight, January 3rd, 2010. Numbers shown are Wins-Losses-Overtime Losses and Points in the standings)

This team amazes me. They're like the Spurs of hockey, just constantly one of the best teams in the league every season for well over a decade now and they never make any huge acquisitions or changes (besides letting good players go: Scott Gomez, Brian Gionta, Brian Rafalski, Scott Niedermayer, John Madden, Petr Sykora, the list is endless). And it is just that which fascinates me so much about this team: they shed seemingly vital players almost every season but just keep on filling in the holes adequately enough and their disciplined system of defensive play keeps them competitive no matter what.