Defending this painting against critics, Duchamp called it "an expression of time and space through the abstract presentation of motion." This all reminds me of Finnegans Wake, just like pretty much everything else I look at right now having been so immersed in the book for three months.

While still in his early 30s, Duchamp moved on from art to pursue an obsession with chess. I find this very intriguing. I've always enjoyed the part of Aleister Crowley's story about how he vigorously pursued becoming a grandmaster chessplayer until one day witnessing a room full of grandmasters and being so stunned at their quirkiness that he gave up that path for good. As he explains with humorous eloquence:


...I had hardly entered the room where the masters were playing when I was seized with what may justly be described as a mystical experience.  I seemed to be looking on at the tournament from outside myself.  I saw the masters --- one, shabby, snuffy and blear-eyed; another, in badly fitting would-be respectable shoddy; a third, a mere parody of humanity, and so on for the rest.  These were the people to whose ranks I was seeking admission.  "There, but for the grace of God, goes Aleister Crowley," I exclaimed to myself with disgust, and there and then I registered a vow never to play another serious game of chess.  I perceived with praeternatural lucidity that I had not alighted on this planet with the object of playing chess.

In the 1930s, while Joyce was finishing up Finnegans Wake, Marcel Duchamp reached what he believed to be the height of his chess ability and slowly stopped playing. Unlike Crowley though, he retained his reverence and passion for the game and became a chess journalist. He said some very insightful things about chess which I'd like to share here:


"I am still a victim of chess. It has all the beauty of art—and much more. It cannot be commercialized. Chess is much purer than art in its social position." 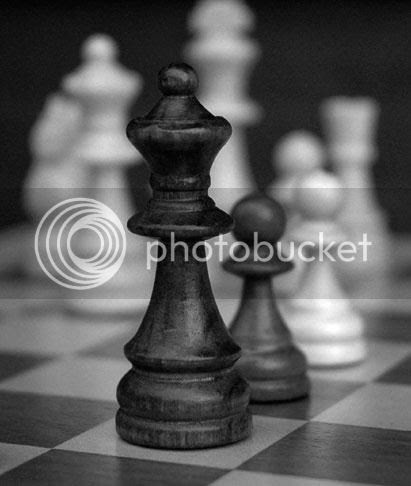 "The chess pieces are the block alphabet which shapes thoughts; and these thoughts, although making a visual design on the chess-board, express their beauty abstractly, like a poem. ... I have come to the personal conclusion that while all artists are not chess players, all chess players are artists."

It was The Rza, Abbott of the Wu-Tang Clan who first taught me about the depth of chess, pointing out (among other things) the importance of the number 64, there being 64 squares on a chess board as well as 64 different possible combinations of pieces that make up DNA, 64 hexagrams in the I-Ching and a few other such examples. Robert Anton Wilson discusses all of this in connection with Finnegans Wake in his spectacular book Coincidance (he's also got a short essay on chess in The Illuminati Papers that will make your head explode; and in another piece discusses it all in regards to the Law of Octaves).

To finish off this wandering staircase of thought, there is actually a scene in Finnegans Wake filled with chess references. You'll notice it manages to tie back to Duchamp's Nude Descending a Staircase. It's in the penultimate chapter, during the earliest morning hours, when Mom and Dad are awakened by their crying son and rush through the house to his bedroom. The mother pops up immediately and moves swiftly with groggy (naked) father trudging behind, Joyce describes their movements through the house as though they were pieces on a chess board:

"you should have seen how that smart sallowlass just hopped a nanny's gambit out of bunk like old mother Mesopotomac and in eight and eight sixtyfour she was off, door, knightlamp with her, billy's largelimbs prodgering after to queen's lead... Room to sink: stairs to sink behind room. Two pieces.

In the quicktime. The castle arkwright put in a chequered staircase certainly. It has only one square step, to be steady, yet notwithstumbling are they stalemating backgammoner supstairs by skips and trestles tiltop double corner. Whist while and game.
What scenic artist!"
- FW pg. 559-560

Make of that what you will.

While I don't think this is included therein, William Anastasi has written a thorough study of the possible links between Joyce and Marcel Duchamp and it is available online for free. Read it here.

You can read plenty of great stuff about time and modern physics in Finnegans Wake here.
Posted by PQ at 11:41 PM 2 comments:


Here's a picture of an analemma which shows the Sun's position in the sky at the same time of day everyday for a year. Go check out NASA's Astronomy Picture of the Day page to read more about it.

Email ThisBlogThis!Share to TwitterShare to FacebookShare to Pinterest
Labels: astronomy, science, the sun

"Question everything. Learn something. Answer nothing."
- Euripedes

"I do not pretend to tell what is absolutely true, but what I think is true."
- Robert Ingersoll

Inspired by this quote from Rob Breszny's excellent book Pronoia:


"Objection, evasion, joyous distrust, and love of irony are signs of health. Everything absolute belongs to pathology." So proclaimed Friedrich Nietzsche in Beyond Good and Evil. Note well that he used the adjective "joyous" to describe distrust, not "cynical" or "grumbling" or "sour." The key to remaining vital and strong while questioning every so-called absolute is to cultivate a cheerful, buoyant mood as you do it.

This is a key point in Robert Anton Wilson's book Quantum Psychology for which there is currently an online reading group going on over at Tom Jackson's excellent blog RAWillumination.net, check it out.
Posted by PQ at 1:34 AM 2 comments:

The baseball season has zoomed by so fast that I haven't had much time to write anything about it. As Austin receives its first extended downpour of rain in about 3 months, now's the time to quickly share my thoughts on how things have played out and what we can look forward to over the final 15 games or so of the regular season.

"Life's on the Clock"

By Kevlaar 7 featuring Rain the Quiet Storm. Produced by Woodenchainz. Off the new album Sophisticated Movement. Check it out here.

On DOOM in Slant 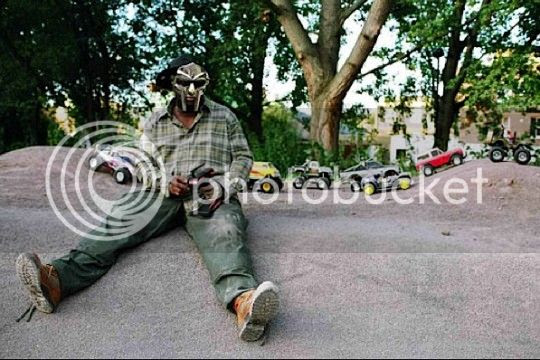 "feel him in ya heart chakra, chart toppa
start shit stoppa, be a smart shoppa"
- DOOM on "Figaro"

"the suggestion thrown out by the doomster in loquacity lunacy"
- Finnegans Wake, p. 49

My review of the new JJ DOOM (Jneiro Jarel + MF DOOM) album Key to the Kuffs is now up at Slant Magazine. Go give it a read and let me know what you think. (Certainly not the best thing I've ever written, but it's part of my attempt to get back in the groove after some time off.)


DOOM recently appeared on BBC Radio 1 and basically took over the show for two hours. The host played dozens of tracks from the Supevillain's vast catalogue and there's a good 40 minutes or so worth of exclusive interview with the elusive, reclusive metal-mask-wearing savant. You can stream the show in its entirety here or if that doesn't work, here's a download link.

Also, Jneiro Jarel put out an eclectic little mixtape for the album featuring remixes, some original old songs that were the influence behind his Key to the Kuffs beats, and more. Listen to it here and if you can find a download link for it, please send it to me.

For those interested, here is my thorough track-by-track review of the previous DOOM album Born Like This. Courtesy of one of my favorite sites on the internet, Astronomy Picture of the Day. Would love it if I could have their posts show up on my blog everyday but I don't think they'd like that.

With all the phony political presidential bullshit going on right now, I imagine myself as presidential candidate simply saying to people "Look at a picture of the cosmos. Zoom in close as you can and look how many galaxies and stars are in one little pixel. Now, enough of all this meaningless minuscule bullshit. Let's just stop murdering people in the name of senseless wars and figure out how to unite as a planet and start exploring the vast mysterious infinitudes of the universe together."
Posted by PQ at 1:39 PM No comments:

Awakened Only to See the Wake Everywhere 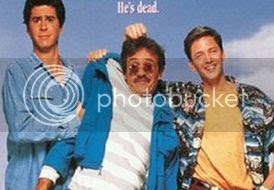 It's been nearly a month since I've posted anything here, an unprecedented length of absence that is due to a number of factors. For one, I wanted to let the announcement about the Finnegans Wake group sit atop the page for a while. A weeklong trip back home to New York also pulled me away from writing for a bit. And the key reason for my absence is that I've been immersed in thoroughly reading/studying Finnegans Wake for almost two full months now.

The Wake reading experience (my first full go-round with the circular, neverending text) has been occasionally sublime, rarely tedious, and mostly fun. It gets to be kind of addictive, which is why I haven't really written anything besides daily jottings in notebooks, mostly quotes and reflections on what I'm reading.

I had hoped to maintain a regular weekly blogpost here to update where I'm at in the book and what's struck me about it but I'm finding the balance of reading/writing to be a tough one to maintain, especially when the "reading" side of the ledger is so heavily weighted with not one book but half a dozen (a devoted reading of the Wake inevitably requires a few guidebooks, plus I'm occasionally reading the Football Outsiders Almanac 2012 in an attempt to keep myself based in reality through this process).

Now that I've completed 8 chapters of the Wake and gotten into a good routine with it, it's time to slowly bring my writing back to life as I've got a number of pieces to complete that have been collecting dust the past 8 weeks or so. This little post is my attempt at loosening up the writing muscles.