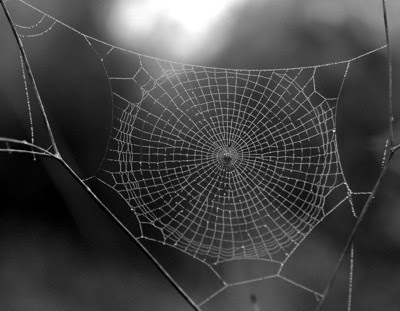 Retracing Recent Ramifications of Thought, Part 2 (Room 237 and beyond) 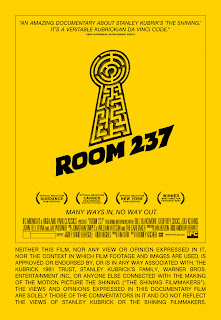 "What do we know about what we put into anything? Though people may read more into Ulysses than I ever intended, who is to say that they are wrong? Do any of us know what we are creating?" - James Joyce

I've been remiss not to have mentioned Room 237 on this blog yet. I first learned of this film last October when Chuck Klosterman wrote a review for it at Grantland and began: "I just saw a documentary that obliterated my cranium. It's the best nonfiction film I've seen all year." From there I was compelled to read every Room 237 review I could find, then searched desperately for a way to see it (unsuccessfully until just a few weeks ago), and have frequently been bringing up the film as a conversation piece with friends.

Room 237 quickly turned into a mini obsession for me because the premise of the film---creative interpretation of art---aligned exactly with what I've been pursuing for a couple years now. It is a documentary by Rodney Ascher exploring alternate interpretations of Stanley Kubrick's 1980 film The Shining through the voices of five people outlining their own unique theories. Their analysis, through which they verify a specific subjective interpretation by pointing out numerous correspondences throughout The Shining, is exactly what Salvador Dali referred to as "paranoiac critical analysis," a critical approach I've written about here and in my monograph on Dali and James Joyce.

As the ultimate auteur who carefully pieced together every single element that appears on screen, Kubrick's artistic style lends itself perfectly to this type of deep analysis. Microscopic scrutiny of minute elements reveals a wealth of possible meanings. Hence, the cans of Calumet baking powder displayed in some kitchen scenes hints at an underlying theme of Native American genocide, or so argues Bill Blakemore. Frequent occurrences of the number 42 allude to the Jewish Holocaust since Auschwitz opened in 1942 says Geoffrey Cocks, a noted scholar on Nazi Germany who sees the film through those goggles.

Juli Kearns, with a New England accent sounding a lot like Doris Kearns Goodwin (of Ken Burns Baseball documentary fame) graphically outlines inconsistencies in the architectural arrangement of The Shining's Overlook Hotel, indicating a spooky morphology in the building itself. Colorful Kubrick obsessor John Fell Ryan chuckles through his discussion of minor continuity errors which are, he argues, edited that way intentionally to add a further element of eeriness and subtly shock the viewer's unconscious. The most compelling (and initially ridiculous) argument in the film is made by Jay Weidner who posits that The Shining is Kubrick's confession that he helped the American government fake the Apollo 11 moon landing.*

*Though he makes it clear he is not stating the moon landing didn't occur, only that the footage was faked. Here's my take, for what it's worth: I had heard this Kubrick moon landing conspiracy theory prior to seeing the film and brought it up in a late night outdoor discussion under a full moon with some folks. They knew all about it already. A Houston native told me the story of growing up attending high school with the children of NASA employees, they told him the moon landing footage was indeed faked but we absolutely did go to the moon. The real footage was burned up in the Earth's atmosphere upon return, they said. That Kubrick was working closely with NASA on 2001: A Space Odyssey (a film featuring plenty of moon surface scenes) all throughout the 1960s adds to the intrigue of this whacky idea. True or not, it has to be the coolest conspiracy theory I've ever heard.

The entire documentary is presented through a cut-up of scenes from The Shining and various other film clips with voiceovers of the analysts detailing their stories and ideas. We don't see any of the usual documentary-style scenes of sedentary people talking and there's no narration aside from the interviewees telling their stories and theories. This immersion into the worlds of the obsessed observers actually brings the film some humor as the speakers occasionally go off the edge in their theories (most memorably when it is asserted that the face of Kubrick appears airbrushed into the clouds during the opening sequence).