A little delayed in sharing this final look back at some of the things I liked about 2019, but that gave me time to properly soak in the music that dropped later in the year. As always with this blog, my favorite new albums came out of the realm of hip hop in its purest and grimiest form.

We are now nearly a quarter century past the golden era of hip hop and the art form remains alive with a slew of newer artists arising to bring fresh blood and new approaches to a musical tradition whose forefathers they seem to not only respect but spiritually summon and pay homage to. Some established rap gods have also helped bring along the new artists. These phenomena were reflected in some of the albums and artists I dug in 2019. Here are, in no particular order, my favorite albums from last year with a few words about each. 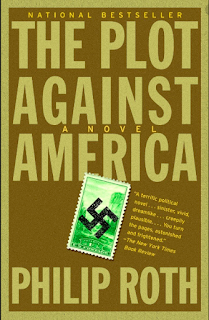 1. Harpooning Donald Trump by Tom LeClair
A short book of essays by a literary scholar arguing for the importance of literature during times of political turmoil. LeClair goes into what he calls "systems novels" here, that is, enormous novels that seek to contain everything. These can be useful guides to crazy times. He especially highlights Robert Coover's The Public Burning, a satirical novel that features a caricatured Richard Nixon as the protagonist and narrator. The book's best chapter analyzes Trump from the perspective of Moby-Dick---what LeClair calls "the only book you'll ever need"---and concludes:


And we will need literate readers---like Ishmael---to counter Trump's unscrupulous monomania. Not just literate readers but literary, which is literate on Human Growth Hormone. Literary readers do not think any more carefully than literate people, but literature trains one to care about and care for language as a sensitive instrument, not just a blunt tool for propaganda and power. I'll quote Wittgenstein again: 'The limits of my language mean the limits of my world.' The world of literature is large with possibilities of imagination and thought and feeling. The world of pre-literate Donald Trump is small, impoverished by ignorance and fear and anger. Literary responses to Trump may not bring down a president or even affect his policies, but literary artists still must continue to provide models of rigorous thought and rich expression---just as medieval monks preserved manuscripts in an earlier dark time---for great and great-minded literature is in and of itself a harpoon, a weapon against the fake 'great' and small-minded demagoguery. (p. 95)