Album Review(s): THE YEAR OF BRONZE 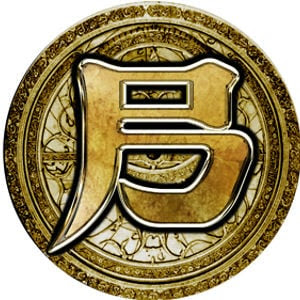 Here in Austin, Texas the SXSW festival kicks off this weekend. It was almost exactly a year ago that I got to meet up with my old friend M-Eighty in the heart of the SXSW madness to hang out (along with Tash from the Alkaholiks providing comic relief) in order to receive an exclusive listening session of the then-soon-to-be-released album from Canibus & Bronze Nazareth, Time Flys, Life Dies...Phoenix Rise (written about here last year).

That album would end up being the opening salvo in an impressive series of Bronze-produced full-length releases that dropped in the ensuing months. Further solidifying his status as a 21st century successor to RZA, Bronze the heavy instrumentalist out of Detroit crafted four different LPs in 2015, each with its own consistent, cohesive sound, essence and theme while even placing the spotlight on individual members of his group to the give them some shine. Aside from the Canibus LP and a collaboration with Killarmy legend Dom Pachino, in 2015 Bronze produced each of the debut solo albums for members of his Wisemen crew Illah Dayz and Salute.

That's four albums in a twelve month span (five if you count Bronze's solo project from November 2014, Thought for Food Volume 3). It was truly The Year of Bronze.

This prolific output also occurred in the aftermath of Bronze losing his brother and close collaborator Kevlaar 7 who departed the physical due to complications from a blood disorder in December 2014. Listening to the albums that make up The Year of Bronze, one continually gets a sense that it was all a dedication to Kevlaar. (#DoingItForKev) Many of The Year's best songs are ones Bronze spent ample time mixing and mastering his brother's verses and microphone presence on. Posthumously released Kevlaar verses and beats (every single one of them dope) played an important part in The Year of Bronze, as we will see.

Even after releasing four albums of undeniably towering quality throughout the year, Bronze continued to get a raw deal from the hip hop press. Aside from some discussion of the Canibus project (and reviews by the prolific writer Sunez Allah), the hip hop media as a whole mostly ignored The Year of Bronze. In contrast, Bronze's colleague Cilvaringz received consistent press throughout the year for the gimmick of producing a Wu-Tang album that the world will likely never hear. The Cilvaringz vs. Bronze Nazareth debate for best producer is a close one, but while Cilvaringz in his career has made one album, a few features, and an overhyped record that will likely never escape the clutches of our world's Lex Luthor, Bronze served the people four full-length albums in 2015 alone.

The super producer with the overflowing resumé is also a fierce lyricist whose abstract angled bars consistently reveal the architect brain behind the beats he's built a reputation for. While The Year of Bronze was a showcase of the latest efforts from hip hop's premier beat maker, throughout the albums he orchestrated, Bronze also got to step into the booth and shred it up with his rhymes a few times.

What follows is a walkthrough of The Year of Bronze, highlighting its best moments while especially taking note of the role played by the late Kevlaar 7 throughout.