Whereas picking the American League winners is a little boring because the difference between the haves and the have-nots is so stark, the National League in 2019 has the potential for all kinds of surprises. Besides the Marlins, Giants, and Diamondbacks, every team has some potential playoff to be in the playoff mix. The October 2019 standings in the NL Central can be scrambled any which way looking at it from now. Same with the NL East (leaving aside the Marlins). It's tough to make a final determination on how things will end up here but this entire exercise is completely meaningless anyway so let's have fun with it.

Hiring a former agent with no front office experience to be their new GM initially seemed like an odd, potentially disastrous move for the Mets. When he immediately pulled off a huge trade adding two superstars, then built up an impressively deep and versatile roster, I became a believer in Brodie Van Wagenen. (His hiring of renowned stats guru Russell Carlton away from Baseball Prospectus officially confirmed my faith in Brodie.) The Mets had found a GM who clearly understood the urgency to win right now with this team in New York. The core of this team is ripe to win now. Jacob deGrom is in his prime, his historically dominant 2018 season took place at age 30. Thor is 26 years old now. Zack Wheeler is 28. Their homegrown hitters like Michael Conforto (26), Brandon Nimmo (26), and Jeff McNeil (turning 27) are all in the sweet spots of their aging curves. Supplementing that core with the additions of veterans Robinson Cano, Jed Lowrie, and Wilson Ramos, a trio that would form a solid middle of any lineup, was the kind of bold, exciting front office wheeling and dealing Mets fans hadn't seen in a while.

The GM Brodie openly boasted about his team often this offseason, feeling certain that the new-and-improved Mets were the favorite to win the NL East, a division where the Phillies just spent truckloads of money adding All Stars, the young Braves just won the division after laying a fucking clobbering on the Mets with 13 wins in 19 games last year, and the Nats had also improved and had been clobbering the Mets for years now, too. In what's being called "the division of death" this year, these four teams could potentially all win 90 games. Nothing is going to come easy in this division. Despite so much competition, I believe Brodie that the Mets are the favorites here and not just because I'm an overly optimistic Mets fan (although I definitely am that). I think Brodie correctly identified and acted on the urgency of now, while the Mets have perhaps the best rotation in baseball, to bulk up the lineup with both star talent and versatile depth,  and to bolster the flagging bullpen. The addition of Edwin Diaz to anchor that pen was an enormous move for the Mets. They also brought back Jeurys Familia who has been by far the Mets' best relief pitcher the last few years, but take a look at Familia's and Diaz's numbers next to each other and you start to understand the magnitude of how dominant a force Edwin Diaz is.


Diaz struck out 44% of batters last year, the 7th most in a season ever. It's going to be interesting to watch how the Mets opt to deploy Diaz, whether they stash him for just the 9th or bring him in for high leverage situations. The division is definitely stacked and every win will matter this year. As a diehard Mets fan I'm thrilled as ever with the way the team has been constructed, especially in the bullpen. Edwin Diaz is Aroldis Chapman without the walks. And he could be the deciding factor in the NL East's tightly competitive four-team battle this year. 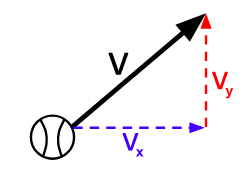 With much uncertainty and turbulence in the world nowadays, I cling to baseball like a ship mast in a rain squall. The return of my favorite game puts me in a good mood for the first time in a while as I've been spending free time getting lost in reading season previews and stat projections. Or watching old World Series classics on YouTube. Or reading baseball books. Or nerding out on baseball podcasts. Or contemplating the future of the new season that begins tomorrow.

What follows here are my predictions for each team, selecting an over/under based on Baseball Prospectus' PECOTA win projections for the 2019 season (found here). I'll start off with the American League which looks to be somewhat boring standings-wise since it's very likely be the same four teams dominating from start to finish yet again (the Yankees, Astros, Indians, and Red Sox) with only a few stragglers fighting to for the last playoff spot (presumably the A's, Rays, Twins, maybe the Angels or.... the Mariners?).

Here's what I hope happens in the AL: the Rays or A's knock off the heavily favored juggernauts. Here's what I would bet on happening: the Astros defeat the Yankees for the AL pennant.

Of course the Yankees, after a 100-win season, had to go out and upgrade their rotation with top-line lefty starter James Paxton. Though he's injury prone, when Paxton is on he's among the most dominant starters in the game. Baseball-reference's similarity scores liken him to Corey Kluber, Aaron Nola, and Luis Severino. Speaking of Severino, he's on the shelf with a shoulder injury to start the year, perhaps giving Yankee haters like myself a glimmer of hope. Alas, this team is a rolling fortress built to withstand the inevitable obstacles of starting pitcher injuries. Their bullpen is a gauntlet of giants throwing triple-digit heaters and serpentine sliders. In an era when teams use their bullpens more than ever, the Yankees, ever the extremists, built the best bullpen anyone has ever seen. This has been their thing for a while now. They've only added to the fearsome batch of endgame arms as we go into 2019. Check out how far the Yanks' bullpen exceeds the rest of the league in FanGraphs' positional rankings (by projected WAR), it's absurd:

The Yankee approach to sustainable and indestructible dominance also relies on the most fearsome assemblage of sluggers in baseball. Last year the Yankees broke the all-time record for home runs hit with 267 and that was while their best hitter Aaron Judge missed 50 games and their second best hitter Gary Sanchez was hurt and hit terribly when he played. And Giancarlo Stanton had a down year, with 21 fewer homers than his MVP performance in 2017. The Yankees play in a homer haven with seemingly a dozen guys who can hit 20 bombs.

For years the Yanks have tended to sacrifice defense for good hitters, but now they added one of the game's best infield gloves in DJ LeMahieu. Troy Tulowitzki can still pick it and might be a nice fill-in for shortstop Didi Gregorius who'll be out most of the year. More likely, the Yankees' slugging middle infielder Gleyber Torres, a 22-year old product of the Cubs' farm system, will emerge as a star and take over at shortstop. They've got depth, they've got Aaron Judge, they've got a supremely dominant bullpen, and they've bulked up last year's 100-win team. I expect them to once again win 100-something games and wrangle with the Astros for best record in baseball.

Another classic baseball treasure. The full broadcast of Game 7 of the '71 Series between the Pirates and Orioles in Baltimore. Featuring a young Willie Stargell. Roberto Clemente in his prime. Brooks Robinson swallowing up grounders at third base. Boog Powell being a large man. Frank Robinson taking massive cuts. And Steve Blass, the pitcher who would go on to develop a mental block on throwing accurately to the degree that they named a disease after him, here pitching a complete game against the vaunted O's.

Been having baseball fever the last few weeks, sprung about by attending a Spring Training ballgame in Bradenton, Florida a few weeks ago and reading some baseball books this past winter. By the magnificence of YouTube, we are able to view full game broadcasts of many classic baseball games from as far back as the early 1950s. So I've been watching lots of classic baseball footage lately.

In this video you can watch, at the 7m 30s mark, a parachuter suddenly land in the middle of the field in Shea Stadium during Game 6 of the World Series. The crowd goes nuts, the players are amped up, and Ron Darling gives the parachuter a handshake as he's being escorted off the field by police. You can watch a young Roger Clemens mowing down the Mets. Prime 'stache Keith Hernandez taking his cuts. Wade Boggs roping line drives. Gary Carter leading the best Mets ballclub ever. Or skip ahead to the 3hr 15m mark to begin watching the bottom of the 10th inning, one of the most thrilling conclusions to a World Series game of all time. The Mets, trailing in the series 3-2, trailing in the game 5-3, down to their very last out, suddenly embark on an epic, back-from-the-dead rally, a level of high drama that only baseball can offer.