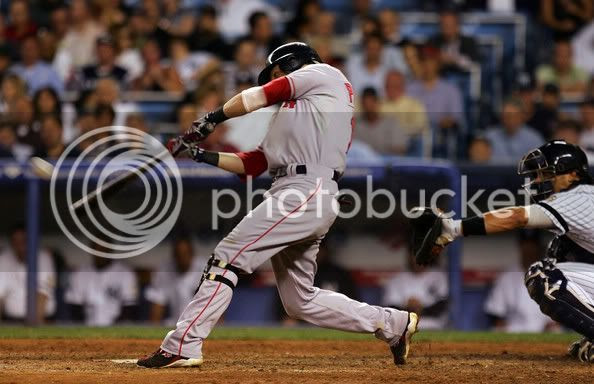 Wrapping up our 2011 Season Preview with the most talked-about division in the sport. There are more words spilled on paper, more saliva spat between sports show hosts about the AL East teams than any in baseball. It seems at times that ESPN and SportsCenter are concerned with only two teams in baseball, the Red Sox and Yankees. So for this last part of the preview I will limit myself to just two sentences for each team since this is baseball's main-stream and it's already flooded.

Crawford is gone, the bullpen is a bargain bin bundle, but one of the smartest organizations in baseball continues to compete with the AL East beasts. Division's best rotation and a surprisingly strong offense led by a middle of Manny, Evan, and Danny (Johnson) leads the Rays to Wild Card playoff berth.

Interesting mix of young and old bats outscore opponents stifled by youthful rotation. With three "bona fide closers" in the pen, somebody ought to get the job done.

Fun team that relies on taters and a veritable factory of young arms. An 82-win season will leave them in 5th place, though they'll be a baseball novelty.
Posted by PQ at 3:22 PM