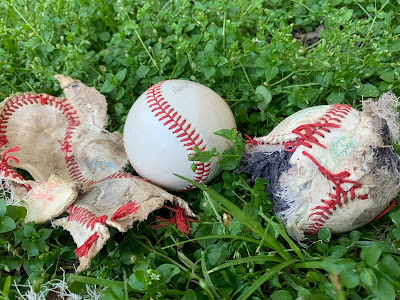 The whole world changed in 2020, and baseball changed more than it has in more than a century. 2020 was the shortest MLB season ever, the shortest season of major league baseball in America since the 1800s. Watching the short 60-game season last year, I felt grateful just to have any baseball on TV and the playoff rounds were often thrilling to watch, but it's hard to take the results of the 60-game regular season all that seriously. Now as the schedule goes back to 162 games in 2021, the big question across baseball is how much the load of this innings increase will wear down pitchers. MLB has implemented some new rules, some of which are unfortunate like adding a runner on second base in extra innings and 7-inning double-headers but at least these changes might actually mitigate the innings load on pitchers and lead to fewer injuries. I'll be watching the games regardless, but baseball needs to figure out how to tweak some aspects of its gameplay to make the basic flow of things slightly less boring without further disturbing the sport's core equilibriums. Most agree the problems boil down to one thing: the ball needs to be put into play more, give fielders more chances. That's always the most potently contingent instant of a game when a ball is hit into play and there's a mad scramble around the bases while fielders rush to react.

Going from a 60-game season to a 162-game season for the first time ever ensures 2021 baseball will be full of surprises. Then you factor in the expected changes made to the baseball in attempt to make it less bouncy and the league potentially cracking down on Trevor Bauer types who covertly use substances to increase spin rate on pitches, plus the impact that could come from the new rule changes. There's so much we don't know about what's gonna happen in major league baseball this year. On the other hand, there are some things we can be sure of---the Dodgers will be really good, the Yankees will be really good, the Pirates will suck, the Orioles will suck. The league has become noticeably stratified with very obvious bottom-feeders, an upperclass of likely power-houses and a group of higher variance teams in the middle. But injuries and your typical baseball weirdness can throw everything askew, this is why we watch. I'll be rooting for the weird and unexpected stuff to happen because that makes it watchable, but some results to consider for six months from now do seem predictable.

In this post I will share the Baseball Prospectus PECOTA projection for each team and pick an over/under for each. (Note that the PECOTA projections include decimals in the win numbers, but I'm rounding those up.) More than ever I think nobody has any idea how this MLB season will turn out because of variance and all the new contributing factors but baseball fans always enjoy making their picks before the long season and the same goes for me, so here are my picks for how each division will stack up with my thoughts about the chances for each team in 2021.

Three Interviews with Master Craftsmen on the Art of Hip Hop

Producer Madlib recently appeared on BBC Radio 6 for a lengthy convo with Gilles Peterson, talking about his friendship with MF DOOM, his latest album Sound Ancestors, his crate-digging exploits, his love of Sun Ra and spiritual jazz music, and Madlib even played a bunch of records on the show.

Producer/emcee Bronze Nazareth appeared on the podcast From the Desk of Lo for an in-depth interview detailing his whole background as a musician, how he linked up with the Wu-Tang Clan, stories of staying with RZA while working on Birth of a Prince, how he heard tons of unreleased Wu material from the early-2000s, growing up with his longtime friend Apollo Brown, and plenty of other interesting stuff here that I have never heard him discuss with this level of detail. They even get into the million-dollar Wu album which Bronze had some music on. Interviewer does a great job asking informed questions. (At the end of the interview Bronze mentions a book project I have been working on with him. It's progressing toward final stages now and I'm excited to get it out to the world soon.)

SkillastratorLO aka Sunez interviewed underground emcee Rome Streetz on the Power Write Show podcast. Sunez is perhaps the most in-depth, insightful, and knowledgeable journalist writing about hip hop these days and his interviews with artists are always intriguing. In this talk they get into a level of detail on the writing of rap lyrics that you rarely hear in artist interviews. I especially dug the discussion of writing in a "concentrated" style, embedding so much meaning and interconnectedness in rhymes that it takes the listener several listens to catch on. They talk about the new album Rome Streetz made with DJ Muggs, the intricacies of Rome's writing process, what it's like to work with a legend like DJ Muggs, how Rome's music fits into and outside of the underground rap genre, how his approach differs from other rap artists, etc. Real informative discussion here.