Posting this not because it's a fantastic interview or anything, but a new(ish) appearance of an interview with Madlib in that type of setting is worth celebrating and paying attention to. The interview technically isn't even anything special, mainly because Madlib is such a notoriously quiet character. But for me, as a huge Madlib fan, his elusive nature and bizarre personality---buried as it is within a thick turtle shell whose surface is decorated with jewels and whose cavernous depths echo exotic clanky music---is fascinating in and of itself. It's amusing watching Madlib here squirm away from straightforward answers, or use humor and sarcasm as subterfuge.

More importantly, Otis Jackson Jr. aka Madlib is widely considered (by those who know who he is) to be one of the great musical geniuses of our time. When he speaks (whether in a rare interview or through music), you listen. A multi-instrumentalist who transcends mediums and genres, his trippy crate-digging mixes of Brazilian jazz or African rock or other miscellaneous gems are just as interesting as his one-man band jazz releases or his legendary beat tapes. He's always been one of my favorite artists to write about and a constant presence in my daily playlists. I'm thrilled to see the mind of Madlib open up here even just a little bit to share his wisdom. Plus, above all else, the common thread of intrigue about his sound is his style, and the man's unique style certainly comes across in this interview. So do check it out.

After that, you can listen to this Madlib mix of Brazilian records from the crates, entitled Speto Da Rua.

(If you dig that, then also check out his newer mix, Mind Fusion: African Ear Wax.)


Lately, I've been immersed in the instrumentals he produced for Strong Arm Steady's 2010 album In Search of Stoney Jackson. I could listen to this for days:

And, lastly, one can't talk about Madlib without lamenting the absurdly long wait for the new Madvillain album with Doom. Here's Madlib's remix of a track from another long-awaited collabo, Doom and Ghostface:

A Quick Word from Roky Erickson & The 13th Floor Elevators 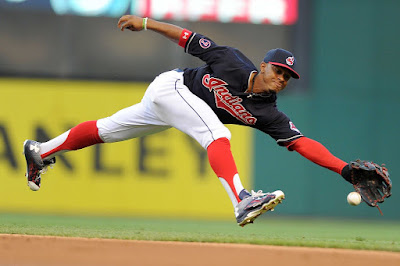 In the aftermath of the Cubs winning the World Series in 2016, it feels weird we're even still having baseball. It feels way too soon for a new baseball season to begin. We still need more time to recover and contemplate that Game 7. The fucking Cubs won the World Series! We're in a post-Cubs-shattering-their-108-year-drought period now, a whole new cosmic epoch. Oh, and in other news we've got a new president, the first one in more than 100 years to decline to throw out the season's first pitch.

So here we are, a new season begins already. I don't quite feel ready for it and actually feel less enthused about baseball than I have in forever. This explains why last year I read a dozen baseball books and this year I've barely read one. It's why after writing up a set of predictions for all 30 baseball teams before opening day in each of the last seven years, I've neglected to do so until now, with games already underway.

Other factors contributing to my relative unpreparedness for baseball season: I bought a house, have been renovating it for a month, and am packing to move next week. It's been one of the busiest and most stressful periods of my life. So during any slivers of free time I've had lately I've tried to engage in marathon writing, both to maintain sanity and assure continued writing progress in this chaotic time.

So here, as quickly as I can prepare them, are my predictions for each MLB division and team. (Presented in the usual format of choosing Over/Under for the team's 2017 win projection from Baseball Prospectus' PECOTA as of March 31, 2017.)