My new album review was just published at Hip Hop Golden Age, the piece is called "The Interstellar Corridors of Killah Priest's Rocket to Nebula." Check it out HERE.

The Interstellar Corridors of Killah Priest's Rocket to Nebula 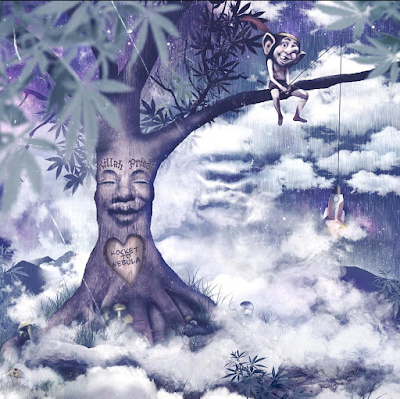 "Welcome to the Nebula, where the impossible is regular"

Killah Priest has been among my favorite artists for over 20 years now and, as I talk about at length in the review, he deserves accolades for continuing to grow and improve as an artist. Priest is most well known for his classic features on Wu-Tang Clan tracks, his affiliated Killa Beez group Sunz of Man, and his solo debut album from 1998, Heavy Mental. But, as I've written about on this blog before, Priest advanced his visual rhyming style and deepened his already encyclopedic content on albums like The Psychic World of Walter Reed (2013) and Planet of the Gods (2015) and has been dropping tons of new material the past several years. His second new album that dropped in 2020 is Rocket to Nebula, an hour-long spoken-word poetry cosmic trip, unlike any other rap album you'll hear. It's a cosmic journey to the farthest reaches of inner space, from the mind of a brilliant emcee who dwells often on metaphysics and mysticism.

While Rocket to Nebula is loaded with esoteric subjects, celestial imagery, and occult magic and mysticism, it also continually returns to everyday reality of human life on earth. The poetic descriptions of some of the simple pleasures in life hit the listener differently during a time of pandemic and quarantine. And the cosmic journeys to imaginative utopias described in visual lyricism are stimulating for the mind. As I mention in the article, "Priest has occupied the role of shaman of the Wu tribe for many years now, but it’s good and well-timed to hear him fully embrace it for a full album."

Here is the track "Digital Ghost" from Rocket to Nebula:

And here is a new track from Priest from an upcoming album, I'm really digging this one, it's called "Manuka Honey":