Some Thoughts on Moby-Dick 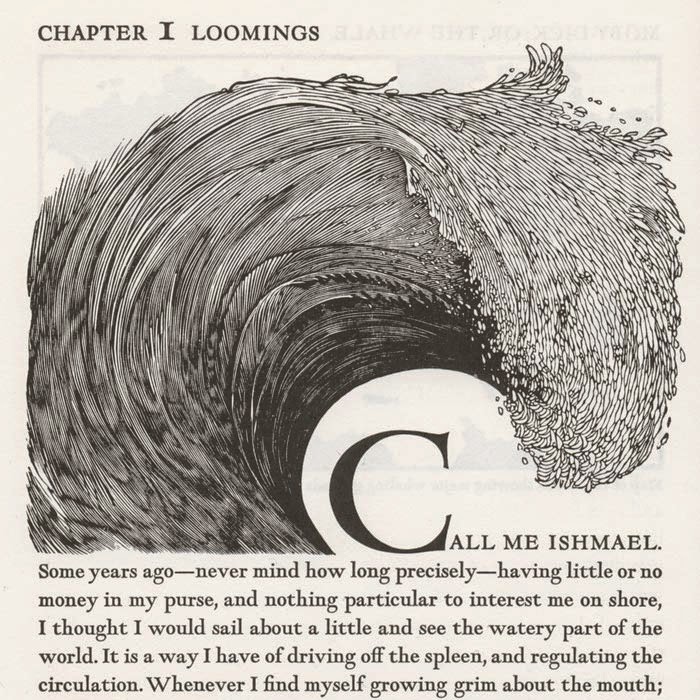 I spent the last couple months reading Moby-Dick, finishing it last week. A massive and often tedious epic, it's not a very easy read but the short chapters make it manageable and the language is deliciously rich and grandiose. The meditations of Melville (through the book's narrator Ishmael) often reminded me of Ralph Waldo Emerson; so immensely poetic and majestic, and yet the prose is also extremely precise in its realism.

With plenty of other writings on my plate at the moment, I'm hesitant to really dig into an in-depth analysis or reflection of this undisputed champion of the American literary canon so I'll instead just share a few thoughts and favorite passages from it.

On Reluctantly Returning to NFL Fanhood

The NFL season officially began yesterday and I didn't watch a minute of it.

I've had a love/hate relationship with football for a while now. This year my interest has been rekindled to such an extreme that I've been devouring all the season preview material I can find---especially the fantastic Football Outsiders Almanac 2014---and yet I still don't have any desire to watch games yet.

If I had to rank the available methods for consuming NFL football from most to least favorite, it'd probably look something like this:

The Madden franchise helped lead me to become an NFL fanatic for a good decade or so. I didn't care about football growing up until I was in junior high, then it was football videogames and an exciting New York Jets team (in 1998) that combined to reel me in. Not long afterwards I was ritually recording the Jets game on VCR each Sunday so I could spend the rest of the week watching it closely, then trying to reenact their gameplan in Madden using the same players. I lived and died with Curtis Martin, Vinny Testaverde, and Wayne Chrebet. I was furious when Laveranues Coles departed to the Redskins in 2002 (the Jets would eventually trade to get him back a few years later).

Rooting for the Cleveland Indians and Team Entropy


It's been a rather weird baseball season thus far. The game's twin giants, the Red Sox and Yankees, are among the lowest scoring teams in the league. The Texas Rangers, a popular pick to win the American League pennant, have the worst record in all of baseball.

On the positive side of the ledger, the Baltimore Orioles have surprised everyone all year, building a commanding 7-game lead in the AL East with nobody mounting much of a threat to knock them off their perch. They've bewildered analysts by succeeding despite a subpar pitching rotation and limited contributions from key players like Matt Wieters (elbow injury, out for the year), Manny Machado (knee injury, done for the year), and Chris Davis (healthy but batting .194 following his breakout year in 2013). Their formula has been defense, homeruns, and a strong bullpen. With all the other AL East contenders faltering, that's been enough for them build up a big lead.

The Oakland A's were the most dominant team in the game for much of the year but they've experienced a sudden rapid descent in the past month after executing a daring trade that sent one of their most imposing hitters, Yoenis Cespedes, to the Red Sox for pitching ace Jon Lester. The A's were leading the AL West division for most of the season, but they're now looking up at the Angels and a possibly insurmountable 4.5-game deficit. Alas, the Wild Card safety net virtually assures they'll be playing October.

In the Midwest, Detroit and Milwaukee have also both relinquished division leads they'd been holding onto for much of the year. The Tigers have played below expectations as they often tend to. A blockbuster trade for David Price merely patched some holes in their rotation where Anibal Sanchez is hurt and Justin Verlander ineffective. Detroit hasn't fallen into any prolonged funk though, they were simply overtaken by a surging Royals team who are, like the Orioles, succeeding despite major flaws. Kansas City's offense is among the worst in the American League. Their success has been predicated on the league's best defense and a shutdown bullpen.

The Brew Crew got off to a great start, hung around atop the NL Central while their rivals struggled to figure things out, and now have gone 22-30 since the beginning of July. The wheels appear to be falling off for them as they've now lost 8 games in a row and their best player Carlos Gomez is out with a wrist injury.

Neither league looks to have much of a thrilling playoff chase in the works as the contenders are pretty clear. In the NL, the Nats, Cardinals, Dodgers, and Giants are virtual locks for the postseason with the Braves, Brewers, and Pirates fighting for the final wild card spot. In the AL it's the Orioles, Angels, and A's with the Royals, Tigers, and Mariners fighting for the other 2 spots. The Yankees are also technically in the mix but I have zero faith in them to stay there.

There's one other AL team on the outside looking in that I find highly intriguing though, and that's the Cleveland Indians.