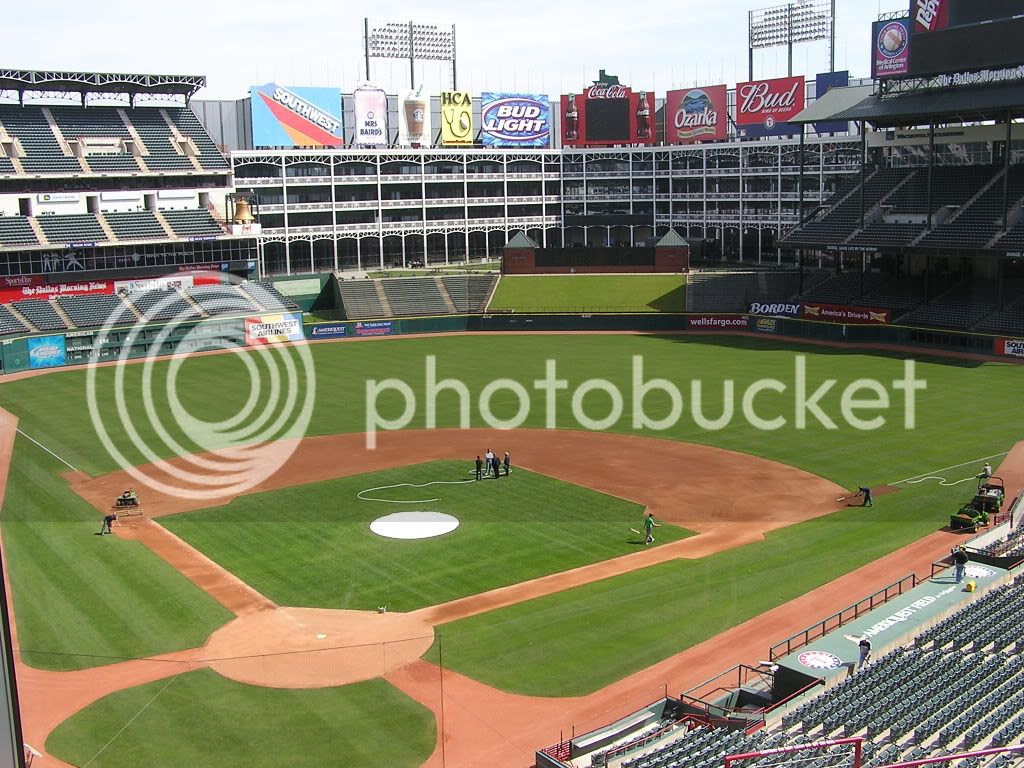 Before we continue our series, I'd like to point out that the baseball blog Wezen-ball has a predictions contest going on where everybody can submit their choices for who will win each division (as well as MVPs, World Series winners and all that good stuff). It's a pretty cool set-up actually with one community spreadsheet where everybody can make their entries and look at who others have picked. I've entered my picks but, with the restraints of making sure every game is accounted for when all the win-loss records are added up, it made things much harder. I tried my best to transcribe the picks I've already made here but some minor adjustments had to be made to their records at times. No biggie. So, we move on to the American League today with possibly the hardest division to predict.

AL West
Take your pick. There are four teams: three of them are poised to enter the playoff picture after spending the last few seasons rebuilding. The other one has won the the last three division titles and 5 out of the last 6. The Angels won 97 games last year and won the division by 10 games over 2nd place Texas, but a look at everyone's Pythagorean records (as listed in Baseball Prospectus 2010) shows a much closer spread:

A five-game spread between first and last place. BP's depth chart page (featuring the PECOTA forecasts I've been referencing in the division previews) shows another close race with the A's and Rangers tying for the lead with 83 wins, Seattle at 82 and the Angels with 78. Again, a five-game spread between the division winner and cellar-dweller. CHONE's projection looks very different, showing the Mariners in last with only 78 wins and the Rangers running away with the division at 86 wins. Here's how I see it all playing out... 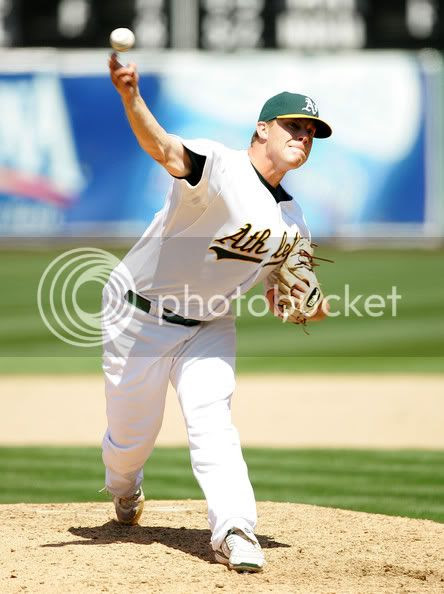 Similar to the NL West, the division is so ultra-competitive this year that I expect everybody's records to suffer. There will not be a 90-game winner in the AL West this season. Not even 85 wins, I'm predicting the A's to take the division with 84. From top to bottom, their pitching corps looks superb. They've got five above-average starters penciled into the rotation and when (not if) someone gets hurt, there's almost an entire back-up rotation of arms prepared to provide league-average innings. Behind them, Billy Beane has once again assembled what should be one of the league's best bullpens. While Seattle has gotten so much attention for its defensive attributes and the Rangers praise for finally showing they can assemble a pitching staff, the A's still have the best pitching in the division.

Offensively, they're a different story. While there probably won't be any one glaring weakspot in their lineup, nobody is going to mash 30 homers, maybe not even 25. Jack Cust remains their biggest power threat and they've added Kevin Kouzmanoff who, while moving to another park that suppresses offense, will at least be relieved to escape PETCO Park which is by far the worst park in baseball for hitters. Daric Barton will get probably his last chance to show that he can hit and he's looked pretty good in Spring Training. I'm rooting for him to do well but the A's have minor league firstbaseman Chris Carter waiting in the wings who PECOTA thinks can hit 27 homers if he played a full season in the majors this year. One of my favorite players of all time, Eric Chavez, will also get a shot to play some firstbase after missing significant time with various injuries the past few years and there's an outside chance he'll provide some offensive value too. Lately, they've begun to place more emphasis on speed and will have Rajai Davis and Coco Crisp wreaking havoc on the bases. It won't be much, but it will be enough to back up their pitching and win a tight race by a hair.


2. Rangers
PECOTA: 83-79
My take: Even
A tough team to project. They should have a very strong bullpen and will definitely put up runs but the rotation, which finally looked good last year, looks very shaky to start the season. I love Rich Harden, he's one of the most unhittable pitchers in baseball, but he hasn't reached 150 innings in a season since 2004 and he is supposed to anchor the rotation. Scott Feldman was terrific last year but a regression is expected. Other than that, there's really nothing to get excited about unless they eventually plug either of their two young flamethrowers (Derek Holland and Neftali Feliz) into the starting rotation but they'll probably allow the other guys to crash and burn first.

The offense, which faltered a bit last year (.255 EqA) has much more reason for optimism. A bounceback is expected from Josh Hamilton who suffered a bunch of nagging injuries last year, Ian Kinsler is a beast, Michael Young is consistently around the 200-hit mark, Nelson Cruz exploded last year and should keep it up, Chris Davis is a popular candidate to have a huge year, and they've added Vlad the Impaler. If Vlad stays in the lineup enough to get 500 at-bats this will be one of the best offenses in the game. In this division, though, I peg them for 83 wins. 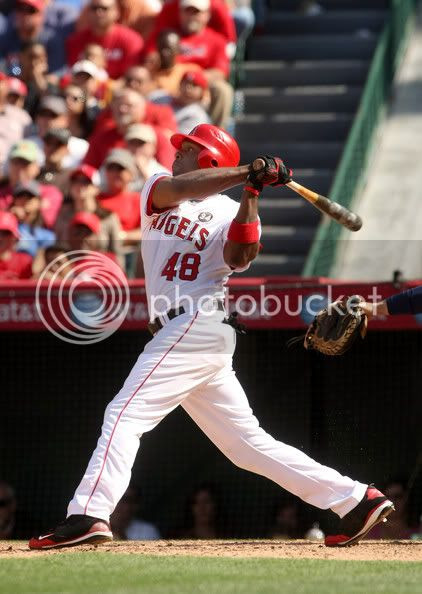 Reports of the Angels' demise have been overstated. They lost John Lackey, Chone Figgins and Vladimir Guerrero during the offseason but I think they've found some able replacements. Figgins played a big role atop their lineup last year, getting on base like crazy ahead of their sluggers. Bobby Abreu will still be up at the top of the lineup drawing lots of walks and they still have Kendry Morales and Torii Hunter who were the team's two best hitters (.298 and .296 EqA, respectively) in its offensive resurgence last year. They went out and picked up Hideki Matsui who should get on base plenty and also smack a few homers and perpetual prospect Brandon Wood will finally get an opportunity to play, replacing Figgins at third. The lineup now has less speed but they will still certainly still hit. The main question mark is supposed to be their pitching. Lackey's replacement Joel Piniero actually had about the same value as Lackey did last year (2.7 WARP compared to 3.3) and everybody else from a strong 2009 starting rotation returns. Jered Weaver should continue his ascent and Scott Kazmir/Ervin Santana have the potential to put together good seasons if healthy. The bullpen carries a shaky reputation because they no longer have Francisco Rodriguez pitching the 9th inning and, collectively, the unit got off to a horrible start last year. But, as Baseball Prospectus 2010 points out, they were actually the 2nd-best bullpen in the league from May 1st on. I expect them to be in the mix all season but finish just out of first place, relinquishing their crown. I wouldn't be surprised at all to see them hold on to it, though.

4. Mariners
PECOTA: 82-80
My take: Under
The A's and Rangers are organizations stacked with budding young talent that will enable them to be competitive for the long run. The Angels are the perennial division winner trying desperately to maintain their hold on the top spot. The Mariners, on the other hand, have slowly constructed a catapultation device with the aim of flinging themselves up to the top of the division this year ahead of everybody else. They're ready to win now and they may never be quite as ready. A renaissance of defense carried them to 85 wins last year and they were the most active team this past offseason, scooping up a table-setter (Chone Figgins), another ace (Cliff Lee), and an enigmatic slugger (Milton Bradley). Is it enough to win them the division? Probably. But I don't think they'll do it.


I love the moves they've made, Figgins was a perfect pick-up for a team that doesn't get on base and I've always liked Milton Bradley (I look at him as my generation's Dick Allen) but I just don't think it's enough to resurrect the American League's worst offense from 2009.  The combination of Cliff Lee and superstar Felix Hernandez is scary but the rest of the pitching staff is not. The Mariner defense was out of this world last season and it is just for that reason that I expect them to regress a bit in that area this year. Above all, the Mariners are a perfect candidate for what is called the "Plexiglass Principle" which states that a team that significantly improves (or declines) one season has a tendency to bounce back in the opposite direction the year after. Seattle won only 61 games in 2008 and jumped all the way to 85 last year. They'll be a fun team to watch but expect them to bounce back down to earth a bit. 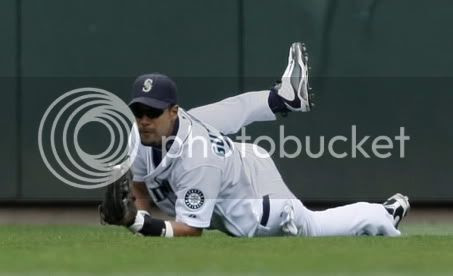