A Swift Peek at the New Wake 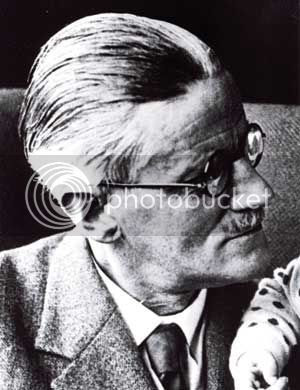 The special new edition of Finnegans Wake that I spoke about last month got some attention from BBC News recently. It's only a brief news item but there's a clip from an interview with Danis Rose, one of the men who edited the new version of the book and I think it's worth a listen (only 3 minutes long).

His answer to the final question is great:


Alot of people will have come across this book at school and they'll think "it's really hard and really inaccessible so why would I want to bother to read it now that I'm grown up"?

I would read a section for them personally and I guarantee they would agree that it is the most beautiful thing they have ever heard.

They posted up a reading of one sentence by some woman but it's nothing special at all and actually kind of sucks. Listen to this to hear what Rose means.

The new edition was published by a company called Houyhnhnm. Try to pronounce that. The name comes from Jonathan Swift's Gulliver's Travels. There are actually many allusions to Swift in Finnegans Wake, especially the densely written opening paragraphs which contain the sentence:

"Nathandjoe" is an anagram for Jonathan who, as noted in A Skeleton Key to Finnegans Wake, is "split in two and turned head over heels by his two young-girl loves, Stella and Vanessa." Stella and Vanessa were nicknames for two separate young girls Swift became infatuated with during his life, they both were actually named Esther.

Here's the website for the Houyhnhnm edition of Finnegans Wake describing the contents of the special limited edition package. At the bottom of that page there's a quote from an old Finnegans Wake review by Harry Levin and it's one of the best summaries of Joyce's art I've ever read:


Joyce renews our apprehension of reality, strengthens our sympathy with our fellow creatures, and leaves us in awe before the mystery of created things.