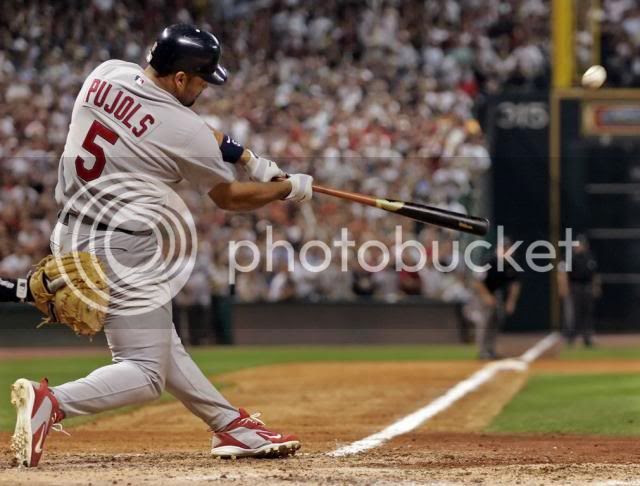 Continuing our look at each division and how things will stack up...


NL Central
Baseball's only six-team division is also perhaps its weakest. Many consider the Cardinals the easiest bet in baseball to the win their division and I do think they'll come out on top but the Brewers have improved their horrid run prevention from last season and should be a worthy foe.

1. Cardinals
PECOTA: 87-75
My take: Over
Their frontline talent is as good as any team in the game. Baseball Zeus aka Albert Pujols is a lock to be one of the best hitters in baseball, Matt Holliday is a worthy complement, and the Carpenter/Wainwright pitching duo is superb. But have they assembled a good enough team around those guys? I really like Colby Rasmus and believe he will become a major contributor this year both at the plate and in the field. There's also Ryan Ludwick (22 HRs last year) and Yadier Molina who has developed into a pretty damn good hitter. It'll be fun to see if pitching coach Dave Duncan's voodoo on older pitchers can work for Brad Penny and, if it does (and Carpenter/Wainwright can stay healthy--not a given), I think it will all be enough to win a pretty weak division. The Brewers ought to be biting at their heels and I fear Cards' closer Ryan Franklin might turn into a pumpkin this year but Tony LaRussa will figure out how to get this team across the finish line ahead. 89 wins sounds about right. 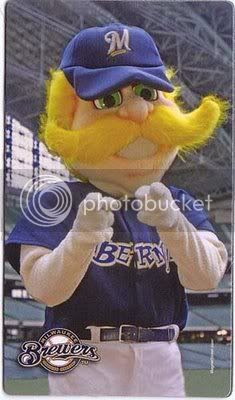 2. Brewers
PECOTA: 78-84
My take: Over
Having Alcides Escobar and Carlos Gomez out there on defense will make a major difference for a team whose pitching staff was terrible last year. I also like the addition of Randy Wolf who should provide a stable presence in a rotation that would otherwise rely on one pitcher. That one pitcher, Yovani Gallardo is an immense talent, though. With the new defense and the wisdom of Wolf (plus Doug Davis who slots in as a worthy #3 starter), this looks like a totally different team as far as run prevention and, with their lineup of mashers, they have a shot to lead the NL in run scored. It's a nice mix and I'll be rooting for them to topple the Cards but it will be a very close race.

3. Cubs
PECOTA: 79-83
My take: Over
This is a .500 team. I'm saying Over on PECOTA's forecast but not by much. They've got a nice pitching staff but the offense has already reached its heights. They're lineup is relying on older players who can't be counted on to match their past performances...and that's IF they can even stay healthy enough to play! But, I'm sympathetic towards the Cubbies. I don't know why, maybe it's their cute ballpark, but I like to see them do well. With optimism, one can envision their offensive core which carried them to two straight division titles (leading the NL in runs in '08) giving it's one last gush of life this year to support a deep rotation but, even if that does happen, I see them falling short of the Cards and Brew Crew with a record right around their 83-win finish from last year.

4. Reds
PECOTA: 77-85
My take: Even
Always an intriguing team because of their young players, it is expected (once again) that maybe they just might put it together this season and be a contender. I'm with PECOTA which sees them as having a nice pitching staff in 2010 but not quite enough in the run-scoring department. You can see the potential for contendership, though: if Jay Bruce finally puts it all together and lives up to his former #1 prospect status, if Scott Rolen stays healthy and performs like he's expected to, if Drew Stubbs is the strong leadoff hitter many think he is, they'll score plenty of runs (assuming Joey Votto and Brandon Phillips continue to mash) and the pitching will be there to back it up. I think they'll be a fun team to watch and follow, they should stay in the mix of the things for a bit but they'll finish a few steps behind the Cubs and Brewers in the race for the division crown. Not quite the breakout team many hope for, but still it's a step in the right direction. 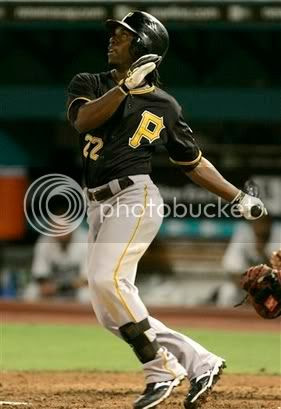 5. Pirates
PECOTA: 70-92
My take: Over
The dark clouds above PNC Park (one of the nicest ballparks I've ever been to) are finally, ever so slowly starting to fade. The youth movement is on in full force with Andrew McCutchen leading a band of ditched ex-prospects aiming for respect. I'm interested to see what firstbaseman Jeff Clement can do now that he's finally getting a chance after being trapped in Triple-A dungeon by the Mariners for so long. McCutchen and Lastings Milledge have the makings of a special duo and there's plenty of other intrigue in their lineup but the starting rotation doesn't look very good at all. It will be interesting to see what they can do this season with so many players who should be motivated to prove they belong (Andy LaRoche, I'm looking at you) and they should have a nice bullpen, but 75 wins will be a huge year for them. I think they'll get there.

6. Astros
PECOTA: 78-84
My take: Under
Once a perennial contender, they've turned into a sideshow (with a perfect bells-and-whistles mallpark as its setting) as the men running the team have refused to let their old hopes die. Instead of blowing things up, destroying and rebuilding, they've continued to add mediocre veterans and are looking more and more like the National League's version of the Royals. Now their major league team sucks and their farm system is the worst in baseball. Their answer was to add bullpen mediocrities Brandon Lyon and Matt Lindstrom (5.89 ERA last year) to pitch the late innings and former wife-boxer Brett Myers to fill out the rotation.

The outfield is respectable, Michael Bourn (.354 OBP and 61 steals) has turned into a nice little player, Carlos Lee will bop a few homers, and Hunter Pence can play. Lance Berkman is still a great hitter when he's healthy but everybody else in the lineup kind of sucks and in the rotation it's pretty much the same story. Roy Oswalt and Wandy Rodriguez are pretty good but the rest...not so much. They're burrowing down to the bottom of a weak division and will unseat the Pirates for 6th place this season.
Posted by PQ at 10:43 PM