The Court of Raw Talents

I've really been in a basketball mood lately.

There are a couple of great highlights (courtesy of Outside the NBA) from the Warriors-Pacers game the other night that I must share. The matchup sounds like a pretty unspectacular game but it featured plenty of exciting players and (this is a main point I'd like to make in an upcoming lengthy write-up of the league's 1st half), really, there are very few teams that aren't fun to watch right now in the NBA.


The Golden State Warriors are one of my favorite teams to watch as they've got a flashy, darting young backcourt of Monta Ellis and Stephen Curry. The other night against the Pacers, Curry tossed up an alley-oop across almost the entire distance of the court:


and Ellis drilled a fadeaway jumper to win the game: 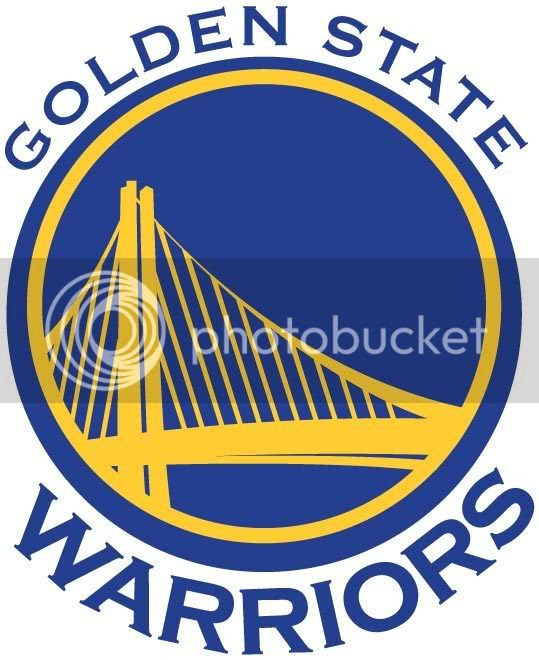 I haven't had a chance yet to write a full review for Pro Basketball Prospectus 2010-11 but it's an awesome read, covers every little nook & cranny of every single team with entertaining writing, and (just like their grandpappies at Baseball Prospectus) they present thoroughly revealing statistics and projections for the upcoming season. The 2010-11 projections have this young Golden State squad finishing as the 4th best team in the West which goes to show how much explosive potential is contained within this nascent squad. Currently, they're at 18-23, struggling to stay in the mix for the final playoff spot in the conference but they've won their last three and tonight they play against another team of raw, young, highly talented players---the Sacramento Kings. Their last matchup, an overtime clash won by the Warriors in Sacramento, was deemed a classic by hoops connoisseurs.

I must also mention that I freakin' love the Warriors current logo.

I'm still eating up The Book of Basketball feast and really enjoying its list of the top 96 players of all time. Just finished the entry for one of my favorite ballers, Vince Carter, who is also one of Simmons' most hated players. With good reason: "Of anyone in the league over the past fifteen years, his peers felt like Vince Carter was the one who could do anything. Well, except give a shit on a consistent basis." Carter is naturally gifted with the ability to do things on a basketball court that humans shouldn't be able to do, that's why his nickname was always Half-Man, Half-Amazin'. But, the majority of the time, he plays passively and lazily, bursting out for 40 points and highlight reel drives only here and there. He's admitted before that he often doesn't play the most inspired basketball and earlier this year when he blew up with a big performance for the Orlando Magic, his coach quipped that "Vince can play like that when he wants to."

He became a favorite of mine when I got to watch him regularly on TV while he was playing alongside Jason Kidd in New Jersey (where he played some of his best basketball) but he truly exemplifies the player that is supremely fun to watch but extremely frustrating to root for.

The above highlight video is from 2001, ten years ago, when my basketball fanhood was at its absolute peak. The final highlight is from the All-Star game that year, a game that I recorded on a VCR and then watched over and over again many times. I consider it the best All-Star Game I've ever seen (in any sport). Bill Simmons has a new piece up on ESPN.com, it's characteristically lengthy but a good read, and he thoroughly explains why he believes the upcoming 2011 All Star Game might be the best one ever. Certainly the best one since 2001:


Our last meaningful one happened in 2001, when a new generation of franchise guys tried to seize control of the post-Jordan era. All of them were looking for the upper hand like Marlo after Avon went to the clink. Kobe wanted to show that he wasn't just riding Shaq's coattails. Ex-teammates Vince and T-Mac wanted to prove they didn't need each other. Duncan, C-Webb and Garnett were vying for the "Best Power Forward Alive" crown; same for Kidd and Payton and the "Best Point Guard Alive" title. Iverson wanted to show everyone that the league now belonged to him. Marbury and Allen wanted to prove they were franchise guys. Throw in the magic of Chocolate City (that year's host), and everyone went hard. Iverson won the MVP; Kobe emerged as the West's crunch-time alpha dog; and in the fourth quarter, the East erased a 21-point deficit and ended up winning thanks to two gigantic 3-pointers from … (wait for it) … Stephon Marbury!

Ten years later, the box score doubles as a snapshot of the ensuing decade: The West was almost comically loaded; the East had waaaaaaaaaay too much riding on Iverson, Marbury, McGrady, Allen and Jermaine O'Neal; and there just weren't enough up-and-coming stars. It's no wonder the league swooned from 2002 to 2007. The All-Star Game teaches us more than you'd think. This year, it's going to teach us that the league is obscenely loaded right now.

Just as he does in his book, he crowns the 1987 All Star Game the greatest one ever and so, since we're in a YouTube mood, here's a vid of the top ten plays from the '87 All Star Game.

You can also actually watch the original broadcast of this game in its entirety on YouTube, here's Part 1.
Posted by PQ at 3:57 PM