Standings are as of this morning. 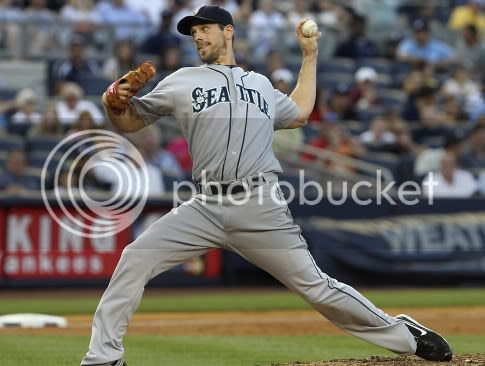 At the halfway point, the division is not nearly as close as I expected it to be. Seattle has been terrible (I was right about that!) but so have my Oakland A's, the team I predicted to win the division. The Angels have played well despite injuries but the Rangers are a virtual lock to take this division. They're the only team in the division with a positive run differential (+82) and they've just added one of the best pitchers in baseball right now, Cliff Lee, to shore up the rotation which has been their only real weak spot.

With the A's languishing amid their usual spate of injuries and limp bats, the Rangers are going to become one of the gladiators I'll be rooting for to topple the Yankee monster. They've already beaten the Yanks in the Cliff Lee sweepstakes.

I'm glad to see this is once again a three team battle. Chicago started out terribly but has burst back into contention over the past month or so and as I write this they've won 6 straight games. They'll be without Jake Peavy for the rest of the year though after he suffered a detachment of his shoulder muscle. Rookie Daniel Hudson (10 K vs 3 BB per 9 IP in the minors this year) looks like an able-bodied replacement for Peavy and so their pitching should remain strong, but they'll have to add a bat if they want to stay in the race for the rest of the year. 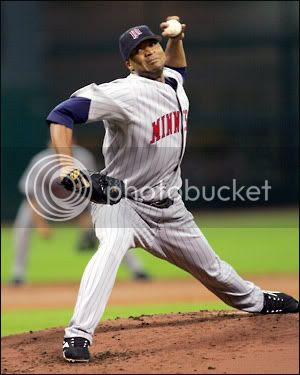 Detroit has succeeded with a deep offense led by Miguel Cabrera's huge season (he's in the top 2 of each Triple Crown stat category) and a surprisingly explosive big league introduction from rookie left fielder Brennan Boesch (astronomical .600 slugging so far although he'll probably come back to Earth soon). If their mediocre pitching picks up the slack, they can win the division but I think Minnesota is still the favorite. The Twins need to stop punting the third base position with Nick Punto (72 OPS+) and acquire someone with some semblance of hitting ability for that spot. Otherwise, I'm happy to see both Delmon Young (.339/.504 OBP/SLG) finally fulfilling his promise and Francisco Liriano returning to dominance (9.81 K/9 IP, 3rd in the AL). Joe Mauer's power outage (just 4 homers) is worrisome but he's still great and Justin Morneau has played like an MVP and kept that Twinkie offense afloat.

The Yanks are once again the best team in baseball (surprise!) as they've got the most wins (55) and the best run differential (+114). Yesterday morning, rumors had a Cliff Lee-to-New York deal all but completed but thankfully it fell apart. Adding one of the best pitchers in baseball to the best team in the league just does not seem fair. Now, hopefully Lee continues his dominant streak against the Yanks by toppling them in the playoffs. 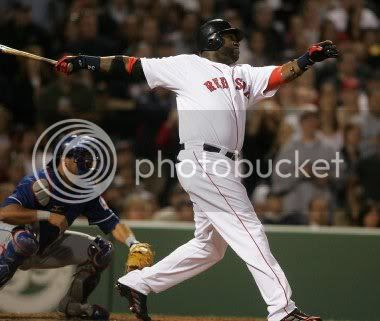 The Red Sox have been a fun team to follow and root for as they've suffered an unbelievable amount of injuries but deftly plugged the holes with temporary parts. I've enjoyed every minute of the Big Papi Resurgence, Adrian Beltre has been superb, and Kevin Youkilis just keeps truckin' along as one of the best but least appreciated (he's an all-star snub) hitters in the league.

What's interesting about this division is that not only have the Red Sox barely played at all with their full roster, but the Yankees and Rays haven't gotten top production from their key players as of yet. New York's offensive leaders have been Robinson Cano and Nick Swisher while A-Rod, Texeira, and Jeter have played below their established levels of performance. For the Rays, Carlos Peña is on pace for 100 walks but his OBP right now is .321, James Shields has given up nearly 5 runs per game, and BJ Upton's mediocre-at-best performance has significantly lowered our hopes of what he can become. But yet all three teams have great records. It'll be fun to watch how things play out when (or if) Boston's cavalry comes back, the Yankees perform on all cylinders, and the Rays regain the historically awesome form they showed at the beginning of the year. I still like the Rays to win the division and the Sox the Wild Card but it'll be a pretty dang exciting race.

AL MVP thus far: Justin Morneau, Twins
His monster season (.345/.437/.618 BA/OBP/SLG) has carried along an underperforming Twins offense and kept them in the mix of a very tight AL Central. If you'll allow me to get all nerdy on you for a moment: his 46.2 VORP (Value Over Replacement Player) is currently 2nd in all of baseball, his WAR (Wins Above Replacement) is first.

AL Cy Young thus far: Cliff Lee, Mariners/Rangers
Most of the frontline pitchers have 17 or 18 starts by this point. Lee started the season a bit late because of an injury and so he's only had 13 starts but he's still in the mix of all the pitching leaderboards. He leads the league in complete games, ERA, WHIP, and his nearly 15-to-1 strikeout-to-walk ratio is just absurd. The next best in that category is the eminent Roy Halladay with 6.61-to-1. Some regression is expected as he throws more innings, especially in the Texas summer heat (and that bandbox of a stadium), but up til now nobody in the AL has pitched nearly as well as this guy has.
Posted by PQ at 5:55 PM