Is this also an example of Synchronicity?

Earlier today I posted about tonight's extremely rare lunar eclipse featuring a large (illusively large) moon because of its proximity to the horizon. Funky, weird things are thought to happen during full moons. I think weird full moon occurrences represent a perfect example of what Jung means when he's describing how the concept of synchronicity conflicts with the entire premise of our inherent cause-and-effect perspective on things. The full moon does not cause people to act crazy or weird events to happen, it is instead a coincidental and noticeable pattern in time. 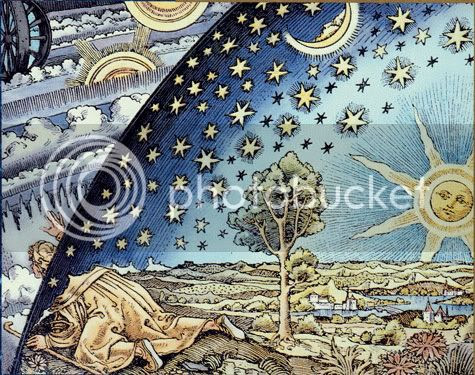 Anyway, I find it very interesting, astounding perhaps, that on a night when we have a full moon and a rare lunar eclipse, we've also had some rare and strange occurrences in the evening's baseball games. I've already mentioned Edwin Jackson's 8-walk 148-pitch no hitter (against a strong offensive team, albeit one that's now been held hitless thrice in the last calendar year) but by far the weirdest thing that happened tonight was the Blue Jays-Phillies game. Nothing particularly strange from the action on the field but the game itself was strange: it was a home game for the Toronto Blue Jays and a road game for the Phillies...but was played at Citizen's Bank Park in Philadelphia. This rarity happened because major league baseball changed the location of the game due to security concerns in Toronto with the G20 summit on global economy taking place.

The Phillies won the game 9-0 led by their ace pitcher Roy Halladay, acquired from (guess who?) the visiting home team Toronto Blue Jays over the winter. Halladay also threw the last (official) no-hitter prior to Edwin Jackson's tonight. Weird.

(And here's the info behind that awesome picture.)

**Edit: One more thing that was crazy (but not exactly unusual) from today's baseball action: Carlos Zambrano's tirade after pitching a miserable one inning and exiting the game versus the White Sox in Chicago.

***Edit Part 2: Looking back at my post from last month, Roy Halladay's no-hitter (and the other wild baseball events that night) occurred with a full moon in the sky.
Posted by PQ at 10:09 PM