Links: More on Jim/James Joyce plus Bronze Nazareth and Madlib

I'm a bit late with this little follow-up to the Jim Joyce-Armando Galarraga situation but I'd like to briefly bring attention to a few links. Alex Belth, Joe Posnanski, and Peter Gammons all had very similar reactions to mine, especially Posnanski:


And in that moment when he had a perfect game so unfairly taken away from him, he smiled. In the interview after the game, he simply said that he wasn’t sure about the call but he was proud of his game. When told afterward that Joyce felt terrible about the missed call, Galarraga said that he wanted to go tell Joyce not to worry about it, that people make mistakes.
Galarraga pitched a perfect game on Wednesday night in Detroit. I’ll always believe that. I think most baseball fans will always believe that. But, more than anything, it seems that Galarraga will always believe it. The way he handled himself after the game, well, that was something better than perfection. Dallas Braden’s perfect game was thrilling. Roy Halladay’s perfect game was art. But Armando’s Galarraga’s perfect game was a lesson in grace.
And when my young daughters ask, “Why didn’t he get mad and scream about how he was robbed?” I think I will tell them this: I don’t know for sure, but I think it’s because Armando Galarraga understands something that is very hard to understand, something we all struggle with, something I hope you will learn as you grow older: In the end, nobody’s perfect. We just do the best we can.

I swear I hadn't yet read his article when I wrote my blog post. I guess Galarraga's handling of the mistake just had that kind of a strong impact on people.

Besides praising how the participants handled the whole mess, the big discussion in the aftermath of that blown call has been whether to implement more usage of instant replay into baseball. One of my favorite current writers, Josh Wilker, wrote a piece about this very topic and the quality of the writing is absolutely superb. He gets creative at the beginning, letting the content dictate the style of writing almost to a point of absurdity (and of course some of the commenters didn't catch what he was trying to do). Check it out:


But you can't stop time and you can't even really digress much these days, because who wants to sit around reading long, looping, allusive sentences that suddenly veer off target to reach for things that are lost for good, like one of the mushy baseballs my brother and I used to buy at the general store down the road and then knock into the tall baseball-eating grass where our sheep grazed (Virginia was her name, and she was in some ways the symbolic center of my family's 1970s back-to-the-land dream, which eventually failed [symbolically ending the day Virginia came home in little white packages that everyone was too sad to ever eat] and in failing became eligible to be deemed, in retrospect, a mistake, perhaps even something to have been avoided, had there been some technological, time-stopping means of doing so), the loss of one of the mushy balls always seeming like the product of some mistake that disabled our flimsy two-boy game and opened us back up to the fading of the light from the sky, the end of the day, the march of time, the inevitable -- I mean who wants to get involved in that kind of melancholy textual aimlessness these days what with all the other quick-hitting entertainment opportunities available?

Once he gets to the point he's trying to make, although it may not be all that persuasive, it's as well written as anything I've read on the subject.


Something about the profoundly boring and predictable nature of the uproar over the event, and the uproar-fueling media-led mob-march toward legislating in rules to make everything smooth as an android's skin, has me wanting to argue in defense of mistakes.

Yes, I'm excerpting alot but I'm that impressed with the writing. Here's one more, my favorite paragraph and then I'm done with it:


Maybe mistakes are our only divergence from the inevitable. I mean, in the vastness of barren space, this tiny blue globe of vibrant life stands out as a brief, inexplicable mistake. And everywhere on this earth, mistakes key strange, unexpected growth. Jazz singer Jon Hendricks once said, "It wouldn't be jazz without the mistakes." Christopher Columbus found this continent by mistake. Judging from my mother and father's separation from one another in the 1970s, a separation that suggested the original coupling was a bad call, my very existence was the product of a mistake. My parents' attempt during that mistake-filled decade to establish a utopian life in the country, in which we would grow all our own food, also proved to be untenable, another mistake, though I trace the deepest loves and joys and hopes of my life to the love and joy and hope embedded in that mistake.

The personal stuff he touches on at the end of the paragraph is a main focus of his recent book, Cardboard Gods, which is amazing. I received it back in April and read it pretty quickly but have not been able to direct my focus towards writing a review as of yet. But the review is coming soon enough.

*   *   *
With Bloomsday coming up soon there's been a slight bubbling up of James Joyce material in the blogosphere lately. The Allmusic.com blog had a nice piece about the music in Ulysses (as you can tell from a brief scan of the post, Ulysses is filled with music) including brief audio clips of some of the songs featured in the novel and also the two existent audio recordings of Joyce reading aloud from his books (I'll have a post about those recordings soon). 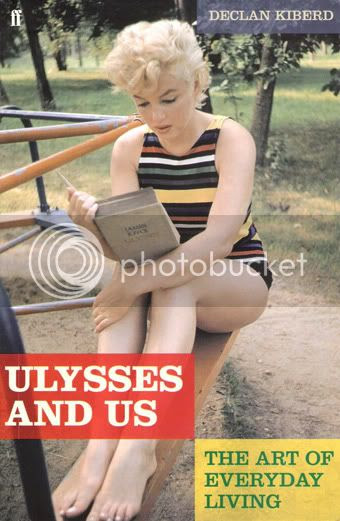 It's very lengthy but I highly recommend reading the Dublin Book Review's take on Declan Kiberd's new book, Ulysses and Us. I haven't read Kiberd's book yet but I intend to and the review speaks very highly of it. Kiberd attempts to rescue "the damned monster novel" (Joyce's own words) from the tight grips of academic institutions and bring it back to the common man. Although it is certainly a challenging read, Kiberd explains that "Ulysses was designed to produce readers capable of reading Ulysses … it offers not only a text but a training in how to decode it." It's that cool.

I also like Kiberd's assertion that the corporate university, which essentially "took over the work of interpretation" of the great book, "praised Joyce as the supreme technician and ignored Ulysses as a modern example of wisdom literature. However, modernism, like any other great movement of art, is full of lessons." This, to me, is one of the main reasons why so many people avoid trying to read it. Not only because it's difficult reading at times but because the "supreme technicality" seems daunting and hard to understand, yet Ulysses is as much an occult wisdom book as a supremely-architectured labyrinth.

*   *   *
I'll be incorporating music into this blog more as I move forward with it and lyricist/producer extraordinaire and Wu-Tang affiliate, Bronze Nazareth, will undoubtedly feature prominently so his recent interview with Wu-international.com is a good start. Here's a snippet where he's discussing his new album entitled School for the Blindman:


I bang my head on the walls trying to make sure every word is visual, not too complex but still clever. I really truly stress myself out, sometimes I get to a point where I don't like anything I'm writing, so what actually makes it on a track lyrically on my album has gone through a heavy filter.

Aside from the quality of his music (the lyrics make my brain tingle, the instrumentals strike my emotions heavily) it's this type of approach which I find most appealing about Bronze (here explaining the title for his upcoming album): 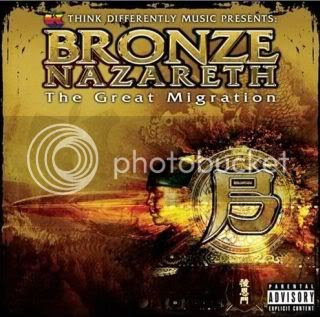 "School for the Blindman" is me just saying I'm giving my thoughts words, experience, and knowledge to listeners, through music. You could be physically blind, listen to it and take something from it as well as you can be blind mentally and learn through it. So this is my experiences and schooling for those who can and will listen.

His first album, The Great Migration, came out back in 2006 and played a major role in my life over the next few years. It even helped inspire my own Great Migration from New York to San Diego.

*   *   *
Speaking of music...Madlib and his one-album-per-month Medicine Show this year will also feature heavily here in my music discussions so I'll let this serve as a little taste of things to come (I suggest you fast-forward to about the 1:58 mark for my favorite part):