The Benefit of Hindsight

I'm a big fan of Baseball Prospectus. They've got a bunch of great writers over there and I devour their enormous book every February when the new one drops previewing the next baseball season.

This year I decided to branch out and delve into the Prospectus franchise's season preview coverage of the other sports, namely football and basketball (sorry hockey, I'll give you a shot next year). I'm still waiting for my copy of Pro Basketball Prospectus 2010-11 to arrive but I've been reading the shit out of the football one in the meantime and it served as a great resource when I drafted my fantasy team in September (and I clinched first place yesterday).

One of the things I'm really interested in with these other versions of the Prospectus series is seeing how accurate they can be with projecting which players will break out and become stars and who will collapse, as well as finding out which players are underrated by the national media while putting up big numbers in the more advanced statistics.

Well, with the Broncos in town here in San Diego to face the Chargers tonight I've been thinking about the quarterback-wide receiver combo of Kyle Orton and Brandon Lloyd and their unexpected success this year. I scooped both of them up in my fantasy league around Week 4 or so and they've been awesome for me. Looking at what the writers of the 2010 Football Outsiders Almanac had to say about these two, though, you'd have never saw their breakouts coming.

With Kyle Orton, the book likened him to Matt Cassel and David Garrard as average quarterbacks who put up fluky numbers, predicting that he would lose his job to Brady Quinn or Tim Tebow. They also say "his numbers are likely to decline" because of the absence of Brandon Marshall and before making sure to reiterate that "He's only average."

Coming into tonight's game, Orton is 4th in the NFL in passing yards while ranking as the #1 best quarterback in the league by Football Outsiders' own special stat DYAR (Defense-adjusted Yards Above Replacement) and third overall in DVOA (Defense-adjusted Value Over Average). 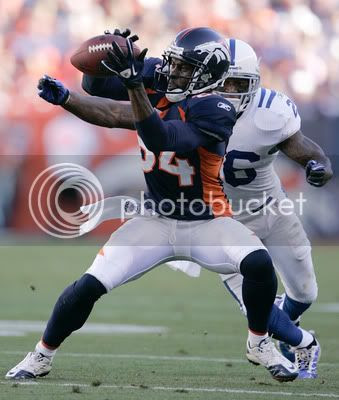 As for Brandon Lloyd, who is currently second in the NFL in receiving yards and first in that same DYAR stat (for receivers), they had this to say:


His presence on the roster was a waste of a spot by Josh McDaniels...That roster spot should have gone to a young player needing practice reps, not a wideout without any discernible abilities beyond being tall.

I find it weird that they referred to him as being tall a couple times in the book but Lloyd is only 6 feet and looks pretty short when you watch him play.

Anyway, I'm certainly not calling them out and saying that they should've seen this coming---I don't think even the most optimistic Broncos fan saw this coming---but they really, really missed big time on these two guys.


Note: They probably want to take back their Michael Vick player comment as well: "if Vick had to take over as the starter in case of a Kolb injury, the move would be nothing short of disastrous for the Eagles." I love the book, love their writing on the website and on ESPN but...I'm just sayin'.
Posted by PQ at 6:59 PM