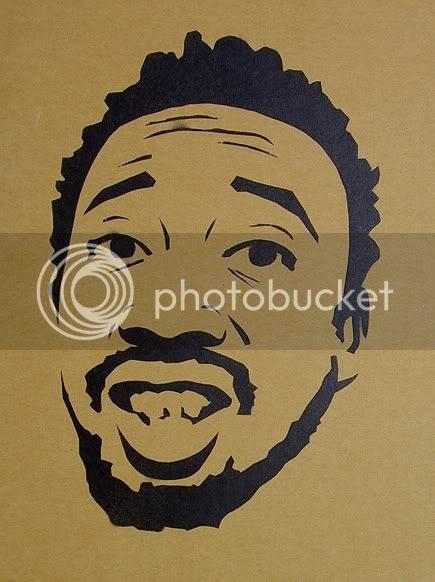 One of the founding members of the almighty Wu-Tang Clan, the unrestrained, free-spirited energetic force that was Ol' Dirty Bastard (real name Russell Jones), died six years ago today. Surely, there's never been anybody like him before and there will never be another like him again (although many have capitalized from "borrowing" his style).

Nearly 20 years after their debut album, the Wu-Tang Clan continues to be a major cultural force throughout the whole planet. The entire crew (8 living members plus Cappadonna) will be present on a recently announced major concert tour that will begin in San Francisco and then come down to San Diego before going all around the country. I will definitely get myself over there for their show as I saw them perform here two years ago and it was an incredible experience. The feeling was close to what I imagine Nietzsche would call the "Dionysian" rapture.

ODB was the energetic flowing life force of the Clan, like a river of powerful energy rushing its tide through their albums. He added an element of griminess that was due not just to his raspy loud voice but even his so often off-key delivery ("the only choir member that sang offkey" as Gza says in one of the songs below). He barely ever delivered a traditional verse, it was almost always something new and original (what he called "singin' rappin") and always unexpected, sometimes hilarious. That was Dirty. Unadulterated, pure, free and explosive. In a group that was often extremely explicit (they were banned from New York radio stations in the '90s and, at one time, MTV) he was undoubtedly the most explicit. The dirtiest. It was this wild spirit of his that led to his untimely and tragic demise, he was only 36 years old when he died from a drug overdose.

In remembrance of this hip hop legend, here are some great tribute tracks from the last few years.

This is from the 2005 release by Think Differently, Wu-Tang Meets the Indie Culture. Produced by Bronze Nazareth with the scratches by DJ Noize.


"All in Together Now" was the name of the original trio of the three New York City cousins, Rza, Gza, and Ol' Dirty Bastard when they made music for fun in the 80s. This song is from Gza's album Grandmasters.

And the internet beat-making savant who I've drawn attention to once before, Lord Beatjitzu, made a lo-fi dusty-sounding cassette tape-recorded beat tape a few years ago that was a full tribute to ODB called "Ol' Dirty Kung Fu." Here are some sounds from it and you can download the full tape here.
Who can forget Dirt Dog's interruption of the Grammys in 1998? Puff Daddy's popcorn music had beaten Wu-Tang Forever (without a doubt, my favorite album of all time) for the Best Hip Hop Album award and ODB had to set the record straight. (Kanye West would later, perhaps more famously, do something similar but as a diehard Wu-Tang fan obsessor himself, he was surely emulating Ol' Dirty and doing so in order to, strangely, defend someone else's work instead of his own).


Some people tend to take the statement "Wu-Tang is for the children" as a joke but I beg to differ. Wu-Tang came out in 1993 when I was an eight year old kid and there has been no greater influence in my life, especially intellectually, than the Wu-Tang Clan. I would not be as voracious a reader and studier if not for the Wu-Tang influence. Their music and mythology have sparked the medulla oblongata of many, many young people around the world over the years and surely there are currently many fans that show up to their concerts, collect their albums, and study their lyrics who were toddlers when Ol' Dirty Bastard took to the national stage and told the world that "Wu-Tang is for the children."
Posted by PQ at 6:10 PM