A Quick Rundown of Books Read in 2014 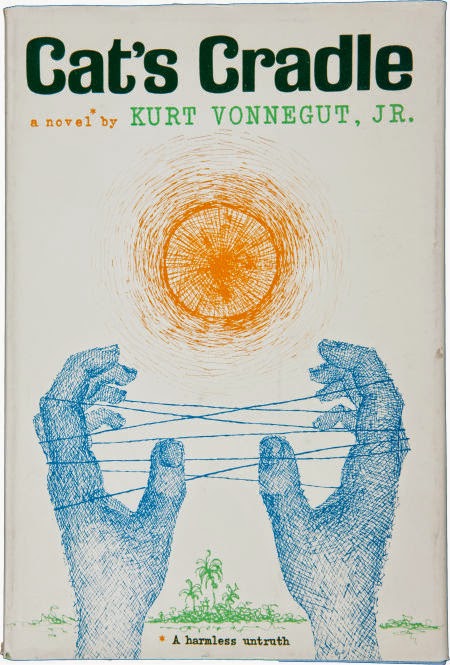 Breakfast of Champions by Kurt Vonnegut
Zipped through this hilarious little gem on my flight to Portugal in the spring. This was my second foray into Vonnegut and, while my socks certainly weren't knocked off by this book, I'm starting to love the guy. His style of writing is just so damn clear and concise, the humor always incisive. With a rather mundane story focused in middle America, Vonnegut brings the absurdity of our modern existence to light as only he can. Few books have made me laugh out loud as much as this one. Upon finishing it, I planted my copy in the bookshelf of the Lisbon apartment we stayed at. Hopefully it will bring someone else joy and bewilderment.

Cat’s Cradle by Vonnegut
A friend, whose brother had originally insisted I read Slaughterhouse Five last year, handed me a copy and urged me to read Cat's Cradle, which he feels is Vonnegut's best book. Much like Breakfast of Champions, Vonnegut's economy of style and constant wit blew me away but the story didn't capture me until a sudden plot twist toward the end. The last 100 pages or so have many quotable lines, here's one of my favorites: "When a man becomes a writer, I think he takes on a sacred obligation to produce beauty and enlightenment and comfort at top speed." There's a strange affect I've noticed when reading Vonnegut that compels you to crave more. I now see why his easily digestible books are so adored. Can't wait to dig into the next one.

Joyce’s Book of the Dark by John Bishop
The premier critical text of James Joyce's Finnegans Wake, occupied an inordinate amount of my brain energy for most of the year. While I completed it in January of 2013 (it shows up on my book list for last year), I felt so adamant that a thorough summary review needed to be written that I spent all of 2013 re-reading it, then spent most of 2014 re-re-reading it and writing a review which became one of the longest pieces I've ever written. You can read all about it here.

Baseball Prospectus 2014
The ol' reliable doorstop made some drastic changes with its 2014 edition. After major complaints from readers (myself included) about the 2013 edition with its shortened team essays and run-of-the-mill writing, the BP editors not only brought back the extended-length essays but brought in outside writers to cover each team. They also broke with a long tradition of leaving the essays without a byline, presumably for the appeal of having some well-known baseball writers featured. It made for a great edition of this often terrific annual, but I remain perplexed at the direction it's headed. Bringing in 30 outside writers is a nice gimmick, but I'd like to see the actual cadre of Baseball Prospectus analysts get back to banging out unique, awesome essays on their own like they used to.

Football Outsiders 2014
This book was partly responsible for me winning my second fantasy football championship in a row. I wrote about it a bit more extensively here. It's an encyclopedic annual overflowing with stats and elevated by always impressive analytical essays. The heyday of Baseball Prospectus has passed, the fantastic Pro Basketball Prospectus series got snatched up and turned into online content by ESPN, but the Football Outsiders/Prospectus group maintains its powers. This is a must-read every year for devoted football fans and fantasy football geeks.


Moby-Dick by Herman Melville
Was compelled to embark on a reading of this notorious American epic after hearing some outlandish praise heaped upon it in an old Terence McKenna lecture (and subsequently reading up on what is universally hailed as the greatest American novel). Occasionally a slog to get through because of its many exacting passages on the science of ships and whaling, it's worth the effort for the beautifully poetic ruminations of the narrator Ishmael. Shared some thoughts and favorite passages here.

Why Read Moby-Dick? by Nathaniel Philbrick
This served as a savory epilogue to my reading of Melville's novel. Despite its title, I think a reader would be best served approaching Moby-Dick first and then picking up Philbrick's crisply written little book.

The Most Dangerous Book: The Battle for James Joyce’s Ulysses by Kevin Birmingham 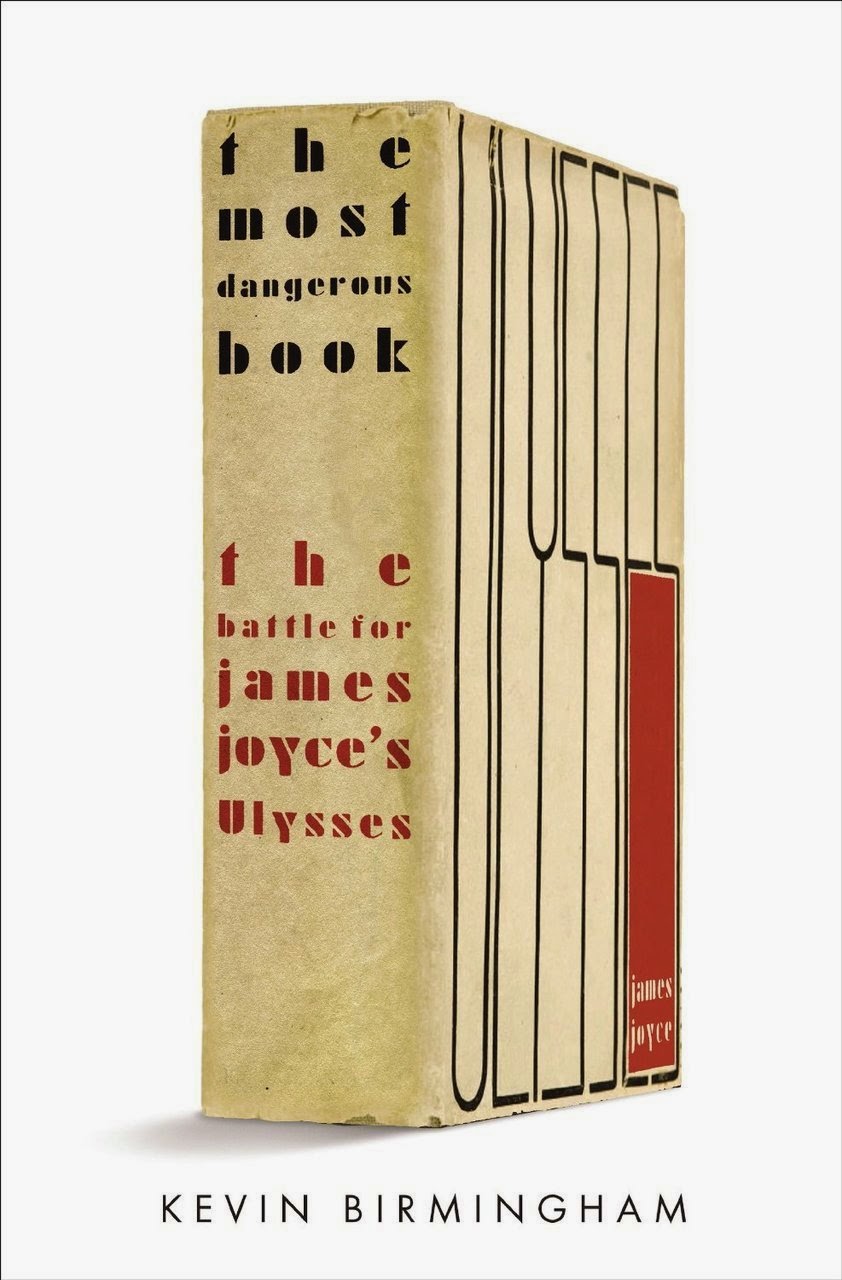 An unexpected page-turner as Birmingham weaves an engrossing narrative around the history of Joyce composing and attempting to publish Ulysses with the help of a whole cast of fascinating characters battling against archaic censorship laws. I loved this book, it's probably one of the best Joyce-related books I've ever read. Its style of embellishing imaginative details around the historical facts ruffled the corduroys of some prominent Joycean academics, but it made for far smoother reading than most other Joyce studies. (Birmingham also argues, quite convincingly I thought, that Joyce's career-long eye troubles were due to syphilis and that pissed off some folks in the Joyce community, too.) An excessive portion of the book is dedicated to the background stories of the major players in the legal battles surrounding Ulysses yet this also gives the reader a clearer perspective of the context and atmosphere the book was born in---Birmingham's book is absolutely filled with fun facts and historical anecdotes from the early 20th century period. It baffles me that there hasn't been a great film made about Joyce yet, maybe there's one to be made from this riveting and instructive story given to us here by Birmingham. 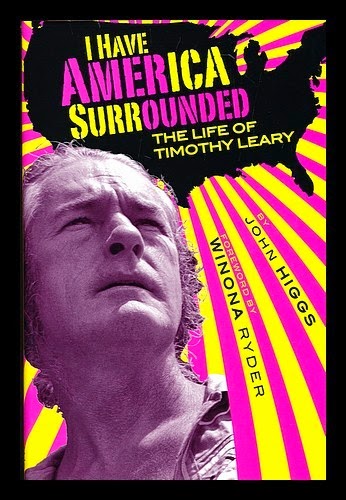 I Have America Surrounded: The Life of Timothy Leary by John Higgs
A fantastic bio of one of the most interesting people of the 20th century. While he's known mostly as a scandalous promoter of the benefits of LSD, Timothy Leary's story is so much more interesting than his mainstream reputation suggests. For one thing, he managed to be involved in the important events of six decades in the 1900s: in the 1940s he was a cadet in West Point, in the '50s he became the most prestigious and respected psychologist in the country, the '60s saw his exit from Harvard and rise to fame as a countercultural guru, in the '70s he escaped from prison, was recaptured and did hard time, in the '80s he toured the country's college circuit lecturing about computers and space migration, and in the '90s he was one of the first active users of the internet. He was declared "the most dangerous man in America" by Richard Nixon, ran for governor of California against Ronald Reagan, inspired John Lennon to write "Come Together", introduced acid to Allen Ginsberg and the Beat poets, absorbed wisdom from Aldous Huxley and Alan Watts, married and divorced Uma Thurman's supermodel mother, sat in a cell next to Charles Manson, debated William Buckley Jr. on television, escaped prison with the assistance of the Weather Underground, was godfather to Winona Ryder, and lived in Algeria as a fugitive with Eldridge Cleaver and the Black Panthers. He was hated by many, loved by more, and always kept a beaming toothy grin as he balanced his repulsive narcissism with an irresistibly endearing Irish wit and charm. John Higgs' highly readable, occasionally thrilling biography does the complicated Dr. Leary justice with a fair and nuanced portrait. I have not yet read Leary's autobiography Flashbacks or the ostensibly negative portrayal written by Robert Greenfield, but from what I've heard about both, Higgs' book would seem to be a sort of triangulation of the other two. There's an especially focused treatment of Leary's years in exile in Algeria and Switzerland, a period of Leary's history I'd always been curious about. This book deserves a full-length review and hopefully I will carve out the necessary time to do that soon because I absolutely loved it. Another strong candidate for a film adaptation. Speaking of which...

My fascination with Pynchon has grown gradually over the last couple years as respected sources urged me to dive into his work. After surveying the great and mysterious author's work from afar for a while, I finally decided a few months ago that I must begin with Inherent Vice because it's generally considered his most lucid novel, and it's got a Paul Thomas Anderson film rendition forthcoming. I zipped through its zany and weed-smoke-filled pages in a few weeks, finding my first foray into Pynchon's prose a fun and rewarding one. The novel's hero, Doc Sportello, a private eye in 1970 southern California who's always got a rolled joint handy, is hilarious, lovable, and determined to get to the bottom of the matter no matter how many disguises and undercover aliases he may need to put on. It's a captivating detective story, loaded with colorful characters, and rendered in beautiful prose often painting SoCal beach sunset pastels with jaw-dropping lucidity. Would love to read this one again. 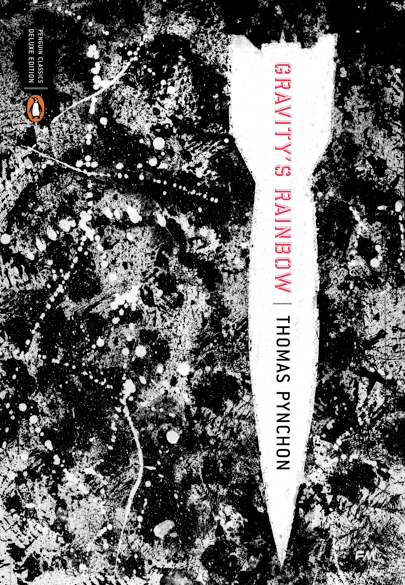 I will try to keep this brief because I'm planning a larger, deeper piece about Pynchon and his consensus masterpiece to come soon. I managed to build up an obsession with this book prior to finally cracking it open. Considered by many to be the best post-Ulysses novel of the 20th century, its reputation intrigued the shit outta me. Here's a Joycean novel, written by a mysterious reclusive genius, focusing on World War II and the development of rocketry? A National Book Award winner that was unanimously selected for a Pulitzer Prize but rejected at the last minute because of a scene depicting coprophilia? The Bible of Postmodernism? An epic frequently likened in scope to both Moby-Dick and Ulysses? What a strange and intriguing book this must be... After soaking up every worthwhile review I could find and then warming up on Pynchon with Inherent Vice, I began GR in early November. I'm now 550 pages in and slogging my way to the end. What a splendidly written, confounding, bloated, disturbing, hilarious, repulsive, tantalizing, befuddling, disgusting and beautiful book it is.