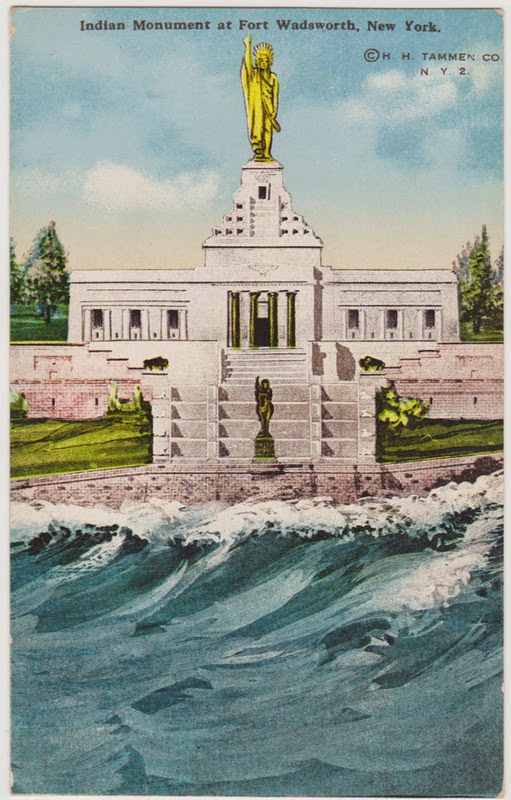 A week prior to my trip, I met a couple of cool New Yorkers, Richard and Suzanne, who were visiting Austin and took part in my Finnegans Wake reading group here. They've been regulars for a few years at the well-documented Wake group that meets monthly in midtown Manhattan and decided to check out our Austin gathering on their vacation here. (Strangely, it turns out the guy who's been hosting the Manhattan Wake group for 20-something years is moving... to Staten Island.)

It just so happened to be that I'd soon be up in New York to be with my family for the holidays and could link up with Richard and Suzanne once they returned home. Richard has a tour guide license, a passion for local history, and regularly organizes tours of unique, interesting places around New York City. So on my visit to New York, I got to experience an exclusive tour of eerie Roosevelt Island, situated underneath the Queensboro Bridge on the East River. My brother and sister came along for the tour, too. With three Staten Islanders as his guests for the afternoon, our tour guide Richard raved to us about the rich historical spots all around Staten Island which so many people are unaware of. He mentioned an old New Yorker piece he loves, written by Joseph Mitchell who embarked on a mission to Staten Island in search of an old tombstone in a graveyard on the South Shore, the area where we grew up. The gravestone was part of a cemetery at what's known as Sandy Ground, the oldest community established by freed slaves in North America.

The Sandy Ground community was established by freed African American slaves prior to the Civil War, immediately after New York had abolished slavery. It was a major stop on the Underground Railroad for slaves escaping from the South.

This all happened right down the street from where I grew up. Who knew?

The Staten Island I know is crowded with proliferating blocks of houses fed by little shopping centers with pizzerias, delis and bagel stores. Growing up there, I never gave too much thought to the ancestral history of its grounds. Although, when staring out at the hills and marshes surrounding the West Shore Expressway, I do recall there always seemed to be something ineffable, a nebulous old presence lurking in the winds of its quiet meadows.

The passionate interest Richard shared with us about SI's history led me to do a little researching in the aftermath of my trip and I uncovered some other extremely fascinating gems of history.

Staten Island was home to Native Americans of the Lenape tribe for thousands of years. On the southern tip of the island (which is actually the southernmost tip of the state of New York) in the Tottenville neighborhood, lies an ancient Native American burial ground. That's right, Staten Island is literally constructed on the graves of Native Americans. Makes sense. Anyone who grew up there can tell you, it's a place of dark spirits and dead souls. It is the very definition of insular, largely cut off from the rest of New York City, festering with racism, bigotry and drug addiction.

The burial site, known as Burial Ridge, was being used by natives as far back as 8,000 years ago. In other words, there were indigenous civilizations on Staten Island thousands of years prior to the period of ancient Egypt. This blows my mind.

In the early decades of the 20th century, there were plans to commemorate the island's rich history and recognize America's original inhabitants with a giant national monument featuring a Native American giving the peace sign, overlooking the entrance into New York Harbor. This monument was to rival the Statue of Liberty. The National Native American Memorial would have been the Colossus of Staten Island, greeting ships as they enter into New York from the Atlantic. Except it never happened. 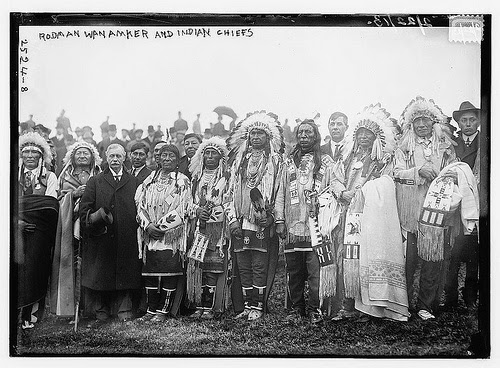 The proposed privately funded national memorial was approved by Congress and federal land was designated on the bluffs of Staten Island's north shore overlooking the bay. In 1913, President William Howard Taft was joined by 32 Indian chiefs in Fort Wadsworth on Staten Island for a ceremony to break ground---using an ancient axe-head*---at the proposed site. (See the fantastic photos from the ceremony here.)

*The tool was believed to "have been in use before Caesar crossed the Rubicon," the New York Times had written.

The planned 165-foot tall ship-greeting Indian chief statue was to be surrounded by museums, gardens, and libraries and serve as a memorial to what was then "a vanishing race." Unfortunately, funding for the project fell through and with the advent of World War I, the Colossus of Staten Island project simply fell by the wayside. Thus, the monumental national tribute to Native Americans was never built. Another lost Staten Island historical treasure.

A bronze plaque marking the spot where they had the original groundbreaking ceremony a hundred years ago disappeared some time in the 1960s.

Even if there was suddenly some interest in reviving the project, sadly, the Staten Island of today would never let such a thing happen. They simply don't care. 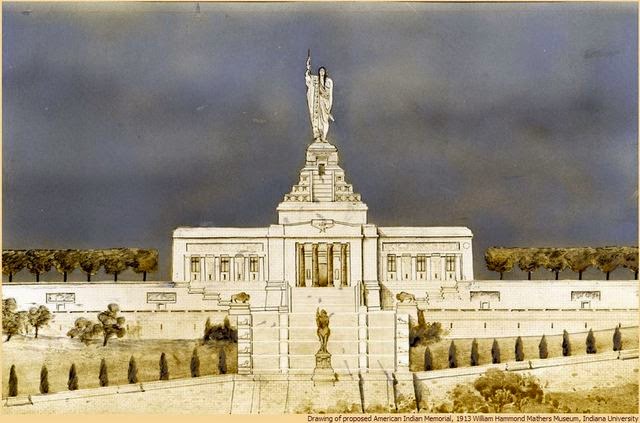