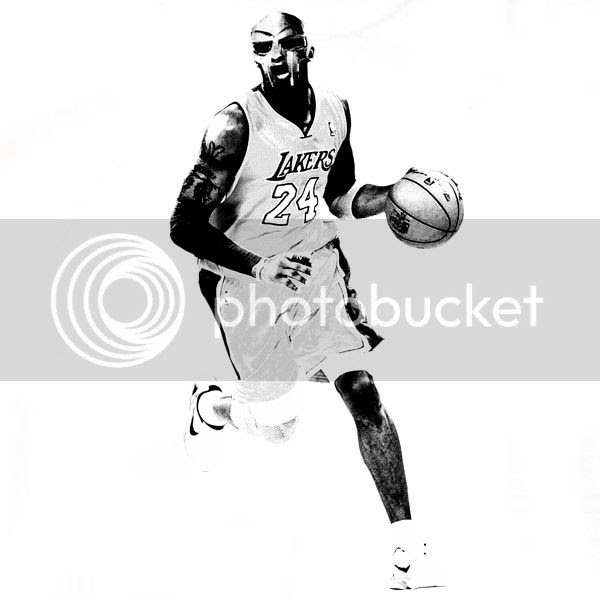 Catching up with a growing stack of new hip hop material...

Let's start with the legend known as MF DOOM, one of my favorite word weavers. The quarterly publication Frank 151 will be primarily featuring the Doomster in their upcoming Spring 2012 issue. The booklet will feature illustrations, photos, articles, and more, all revolving around that most enigmatic and mysterious metal-masked lyricist. Should be awesome. Stones Throw will carry copies of it once it's available.

Any basketball fan of even the most basic hip hop knowledge could've probably seen this coming: now that the Lakers' Kobe Bryant has to wear a face mask to protect his broken nose, DigitalGravel has created a cool-looking tee shirt showing Kobe rocking an MF DOOM-style mask (pictured above). If I can rub a few nickels together, I might have to acquire one of those.

In a discussion with some musically broad-minded folks (I'm meeting many of those here in Austin) not too long ago, the topic of MF DOOM's brilliance came up. Much to my unsurprise, they lauded his talents and quirkiness. When I complained that he's been too lazy these last few years, they were totally incredulous. Unfortunately, their perspective of DOOM must be stuck somewhere in the mid-2000s. Somewhere along the way he went from being an incredibly prolific artist (seven different releases between 2003 and 2005) to one who leaves fans annoyed and hungry with his trail of uncompleted projects. His last album of new material came out in the spring of 2009 and even that was a surprise because it had been seemingly forever since he'd released anything new.

One of the key defining traits of DOOM these last few years is his laziness (he's even referenced this in songs, for example: "Amazed at how he still get paid but dumb lazy"). There was even a whole scandal in which his live shows were being performed by impostors wearing the famous mask (though DOOM pokes fun at that too in a recent song: "Do a show, same time watch it").

There are few if any records that are as highly anticipated as his two looooooong-awaited collaboration albums, one with Madlib (the sequel to Madvillainy, one of the greatest albums of the last decade) and the other with Ghostface Killah (the duo going by the name DoomStarks), but fans have been impatiently waiting for those going on over six years now. Fortunately, the latter project (DoomStarks) is showing its first glimmers of life as a new track, "Victory Laps," was released last summer and since I've never posted it here, here it is straight off the exclusive cassette tape on which it appeared:


"poems ringin in his dome, clingin to chromosomes"

Along with the other collabo albums I mentioned, he's also putting out a collaboration record with producer Jneiro Jarel sometime in the distant future. I'm not crazy about the sounds Jarel has provided thus far but I can't ever pass up DOOM's funky wordplay. Check out the first single here.

Lastly, a couple of interviews. I recently came across a very old interview with DOOM that was posted at the website EgoTrip. Tells the whole background story with old pictures of Daniel Dumile (DOOM's real name) wearing a stocking cap to hide his face. If you're wondering where in the hell this weird character came from, you might want to check that out.

And here is a more recent interview with DOOM as part of the impressive Red Bull Music Academy series:


DOOM's frequent collaborator, the producer and musical savant (known by many names that all seem to revolve around) Madlib is one of my favorite artists these days. In my opinion, some of the best shit I've ever written on this blog was about Madlib's work and I plan on writing plenty more reviews of his work. In the year 2010, he set out to release one record each month as part of a series called the Madlib Medicine Show. One of the most prolific (and consistent) artists in any genre, he put out almost 20 different albums that year, and yet he only managed to release 11 as part of the Medicine Show series.

Number 12 (entitled Raw Medicine) finally saw its release last September and, to compensate for the long wait, he even dropped a lucky number 13 (The Black Tape) just a couple weeks back. Both 12 and 13 are remix albums featuring a whole slew of artists ranging from Nas, Common, Jadakiss, and Eminem to Big Pun, Capone-n-Noreaga and various Wu-Tang emcees. Needless to say, these final installments in the Medicine Show series are among my favorites, I've actually been listening to them constantly as of late. The style is perfectly Madlibian: minimalist with plenty of surprising twists and turns that give the listener a true musical experience. Nobody does it like Madlib.

Here is one of my favorite tracks from Number 12, featuring AZ:

When the Medicine Show was in full effect, I wrote reviews of the first 8 installments. When I have the time, I will put together reviews for numbers 9 through 13 so stay tuned for that. Also, Stones Throw is selling a full set of all 13 editions of the Medicine Show in a big package called The Brick. If you've got an extra hundred bucks lying around and enjoy varying flavors of music (Brazilian jazz, psych rock, funk, hip hop, etc), that'd be a great purchase.

Finally, one last Madlib note: legendary hip-hop group Black Star (featuring Talib Kweli and Mos Def) is reuniting to put out a new record. As part of the announcement they released a new single called "Fix Up" produced by the one and only Madlib. The beat has Lib's characteristic muffled sonic tones, acknowledged by Mos Def in the opening as he thanks "Mr. Jackson," Otis, that is.