It's been two full months now since we arrived in Austin and I haven't found a job yet. During this whole time I've been doing everything I can to hone my writing craft and get in tune with the creative flow. I've had a difficult time, to say the least. My recent post on the Three Stages of Creative Struggle was born out of my reflections on this inner battle. As easy as a life of writing all day may seem, and as much as I've always hoped to achieve such a lifestyle, it certainly ain't easy. I've spent much of the last four years being stuck languishing in office jobs I wasn't interested in, now that I'm free I find there's more pressure than ever to produce.

I have a tendency to be tough on myself and, along with that, I'm always comparing myself and my abilities to the author of anything I happen to read. This is dangerous because there are so many great writers out there but it's especially bad when one spends so much time reading James Joyce, arguably the best writer of the 20th century if not the greatest ever. 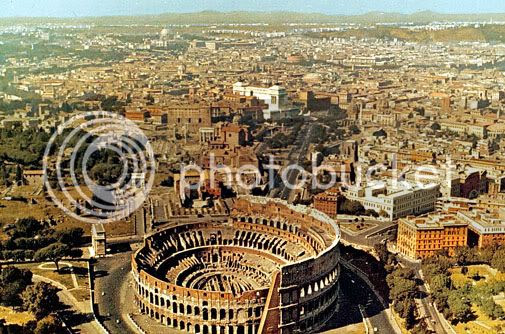 So I recently decided to take a look at what was going on for Joyce when he was 25 years old and it turns out he wasn't exactly thriving. Joyce had rather haphazardly moved his family (wife Nora and baby Giorgio) from Trieste to Rome where he was to work as a bank clerk but the job was mind-numbingly boring and he detested the ancient city ("Rome reminds me of a man who lives by exhibiting to travellers his grandmother's corpse"). Unhappy, the young Joyce was constantly imbibing all the money he earned from the bank and struggling to feed his family. For a while he was even teaching English lessons after his shift at the bank and then meeting his wife and son for dinner after 10 o'clock. After about six months of living like this, he officially decided he couldn't take Rome or the bank job anymore, writing to his brother Stanislaus:


I have come to the conclusion that it is about time I made up my mind whether I am to become a writer... I foresee that I shall have to do other work as well but to continue as I am at present would certainly mean my mental extinction. (Ellmann pg 240)

That's exactly how I feel when I'm stuck languishing in some accounting job I don't really want to do but nevertheless go along with so I can pay the bills. He continued:


It is months since I have written a line and even reading tires me...I have gradually slid down until I have ceased to take any interest in any subject. I look at God and his theatre through the eyes of my fellow-clerks so that nothing surprises, moves, excites or disgusts me.

This reminded me of a paragraph I had just recently read in Finnegans Wake where Shaun is talking to his brother Shem (who's a version of Joyce himself, Shem being short for "Seamus" which is Irish for "James") and it also seemed to relate to the way I feel right now.


You, let me tell you, with the utmost politeness, were ordinarily designed, your birthwrong was, to fall in with Plan, as our nationals should, as all nationists must, and do a certain office...during certain agonising office hours (a clerical party all to yourself) from such a year to such an hour on such and such a date at so and so much a week pro anno..." (FW pg 190)

Miserable with his bank job, Joyce gave notice that he was quitting, and then made several unsuccessful attempts to find a job in another city. While he was constantly being turned down, his first book, a group of short stories called Dubliners, was being rejected by publishers and his wife was flipping out that their impoverished life needed to become more tolerable. Joyce made one last attempt to find a job and failed. Then to top it all off, his wife was pregnant again. He eventually just said "screw it" and decided to move back to Trieste even though there was no position for him there. On the night before they were to leave, Joyce got extremely drunk in a cafe with a couple of random low-lifes. He had just received his final paycheck from the bank job and in his stupor he happened to show off the contents of his wallet. When he walked out of the cafe, the guys he was drinking with knocked him out cold and took all his money. Thankfully, there was enough money left inside the house that the next morning Joyce was able to hop on a train with his family and get the hell out of Rome.

Needless to say, my life as I'm currently living it is not nearly as bad. I don't have any extra mouths to feed and, though I haven't worked in two months, I had enough money stashed away to serve as a parachute for my financial descent. I always say that I'm really amazed nobody has made a movie about Joyce's life yet and reading about his Rome sojourn not only confirms that sentiment but it actually serves as an inspiration. If he could persevere through all that crap and continue on his creative path, surely I should be able to defeat my own inner demons and carve out my creative projects, whether I'm working in a crappy office job or not.
Posted by PQ at 11:31 PM