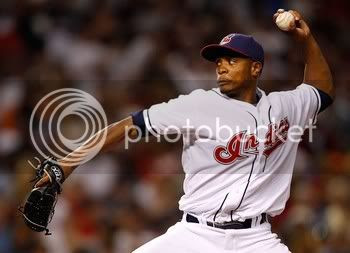 Here's a little lyric I wrote up while watching the exciting ending to last night's Tigers-Indians ballgame. In the top of the 13th, the Tigers hit two deep shots in a row that looked like homeruns but were caught at the wall in centerfield.

"power southpaw reliever" with strikeout stuff
If to deep flies the wall catches up,
he'll last in this league a decade or up.
Good enough.
Posted by PQ at 11:19 AM