"There Are Some Lost": A Reflection 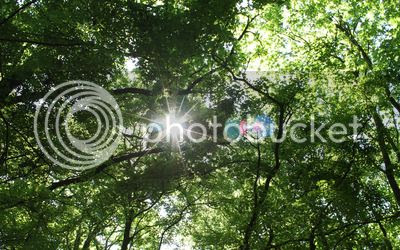 There's an old saying that death comes in threes. The news of three deaths each successively rippled through my aura this past week, leaving me in contemplation and occasional empathetic mourning. Thankfully, the deceased were not people who were close to me but all three were shocking nonetheless.

With this on my mind, I'd like to share something I had intended to write back in August as a dedication to a close friend of mine who abruptly passed away three years ago at the age of 26. He was initially the only friend who made an effort to stay in touch after I moved out of New York four years ago and, thankfully, I got to see him one last time two weeks before he died.

"There Are Some Lost" is a short, lyrically poignant elegiac rap song by Kevlaar 7 that was released earlier this year. It eulogizes his cousin who was murdered at the age of 20 and, with poetic deftness, manages to encapsulate the experience of losing someone.

I'd like to shed light on the song's two verses, reflect on some of the images, and attempt to unravel the meanings contained in his condensed lines.


Track produced by White Lotus featuring scratches by DJ Extremidiz.
(You can also hear the song HERE if that doesn't work.)

It's been four long years, knowing before
your strong image was smeared, before you grew ya beard

Four years of absence have passed since his cousin's "strong image was smeared," though the enduring mental image remains that of him as a youth growing up. This first verse recounts these past memories of their time together.

Revered as suns, cuz, we all mirrored the Sun
Our moments couldn't be no clearer
Walking down to the candy lady
All our crowns was visible, new suns was shining,
grew up aligning the stars, defining what's ours, refining our faults
we was so young, about the South we was taught

Here one of the key themes of the song is introduced and it's a beautiful one: the Sun, of which we are all a part and which all living souls represent. We are all extensions of the Sun, our closest star (though 93 million miles away), revolving in a solar system from birth til death. A famous quote goes, "every man and woman is a star." The Sun is synonymous with life. The movie Tree of Life, which also deals with a tragic death, represents this powerfully with not only the birth of the universe/galaxies/solar-systems but earthly scenes in which the silently beaming sun can always be seen shining bright, looking down upon the action.

He's equating sons with suns before bringing forth the memories of childhood, "new suns" shining through his reflections of all the little cousins walking to the candystore together. The visions are bright in this memory, the sun glistening off their metaphorical crowns as the events and qualities of their lives evolve and come together like stars in alignment.

We still got the pictures we caught inside this box,
summer shirts and tube socks, afro locks,
the frame crops the memories

The debris of his life remains while the person is but a memory, their physical body placed inside a box and back into the womb of Mother Earth. The last line here is poignant, "the frame" being both the casket and a picture frame. When we lose someone, the only things we have left to remember them by are their old items and photographs. Here he's saying mere photos crop or cramp or cut out so much of the big picture of his life and the memories they had.

your brother and me, got to build on how he feel cuz on the real
I can't imagine the anguish
pause and kneel, kiss auntie's hand, the plan is to heal, vanish this hell
only 20 years to dwell, you'll live forever
but I'ma have to let you go...

Now we're fully immersed in the funeral scene (which will continue into verse two) as he talks with the brother of his deceased cousin, unable to comprehend what it must be like to lose a sibling so suddenly, then kisses the hand of the boy's mother, his aunt. He tells them they must now try to heal and get past the hellish pain they're enduring.

While his cousin only had "20 years to dwell" in the physical, his memory will no doubt live on through generations remembering him, what he meant to their family, and the tragedy that cut his life short.

Probably the most powerful lines of the song. Following the gleaming sun imagery at the beginning of verse one, here he's perplexed that the sun has seemingly stopped casting its light, the energy of life. He's also suddenly enveloped in the darkness of pain.

He's been fasting in mourning (though notice the continuing image of darkness, he fasts "for nights" instead of for days) and deeply feeling the loss. His pain is so strong that it's preventing the angelic disembodied soul from floating off on its way, he's too strongly holding on to his cousin's memory here on earth, hoping those restrictive chains break so the soul's wings can fully expand.

I re-create things you said, bled the heart of a soldier
I can recall the last thing I told ya
I'll share it with myself, that's part of my wealth
Your R.I.P. shirt still hangs at my belt

As Kevlaar's verses usually do, these two mostly parallel each other. So where in verse one he reflected on the leftover belongings and items that were placed into the casket, now he's replaying memories of their interactions. The final words they spoke to each other remain to be treasured inwardly.

Dealt the king of hearts, felt we was left in the dark

The same imagery weaved in new patterns. In verse one their childhood crowns were glistening, now he feels he's been dealt the "King of Hearts," a heavy heart, his emotions taking things hard as he and the rest of his family are left in the dark now that the illuminating essence of his cousin's presence has expired.

There was a spatial distance as Kevlaar lives in Michigan while his cousin lived in Florida but they remained close nonetheless. Kev himself has explained to me that the next lines refer to his family traveling en masse down to Florida where the warmth made it always feel like a completely different season. There's a double meaning as it brings in the scene of a liturgical mass where, just as churchgoers celebrate that Jesus was sent to earth, the whole family celebrates that his cousin was sent into their lives. In Kevlaar's words, this is "a gauge as to how much our cousin meant to us."

at times we'd get bent, to mask the ache
asked if your death was a masquerade, a sun shade
whenever your day is prayed up

I'm chopping up the verse here to write about it but don't overlook the rhythmic texture of the whole thing in its entirety. Lots of internal rhymes weaved into here, giving the bars a very smooth-sounding cadence.

They would occasionally drink or "get bent" to allay the pain. Notice once again the sun imagery, he wonders if it was all somehow fake, a temporary shading of the sun, the absence doesn't feel real, can't possibly last.

The final lines speak for themselves.