Had a little piece published yesterday in Slant Magazine, my fourth for their them so far, a review of Wu-Tang Clan dart-throwing extraordinaire Masta Killa's new solo album entitled Selling My Soul. An unusually slick and soulful (and very short) batch of tracks that serve largely as a promotional showcase of Masta Killa's dexterity of flow and subtly striking poetics, essentially a preview to his long-awaited full length album Loyalty is Royalty.

(Expanded reflections on the career of Masta Killa after the jump...)


Here's the video for the album's single, "Things Just Ain't the Same", a verbally fluid, thumping homage to NYC's burgeoning hip hop scene of the 80s. 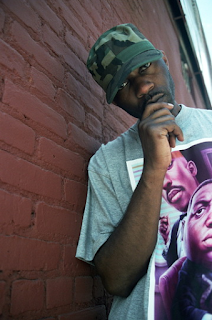 A former protege of The Gza (they were initially chess buddies before Gza encouraged MK to try to craft lyrics), Masta Killa has always been a favorite of mine. Of all the nine colorful personalities in the Wu-Tang Clan, he's definitely the most intriguing to me because of his notorious quiet, even-keeled demeanor. As the new album's film clip intro states, "he has a way of fading into the background." He was in fact the last one to join the crew, winning out on that 9th spot over a slew of massively talented emcees, among them fellow Gza student Killah Priest (one of my favorite artists of all time, an entirely unique and abundantly gifted lyricist).

Because of his joining the crew as what Rza would call "a most prudent pupil" Masta Killa was bestowed with that moniker as a reference to the classic Gordon Liu martial arts film known interchangeably as Master Killer or The 36th Chamber of Shaolin, in which an outsider convinces a Shaolin Buddhist monastery's abbot to let him join and become a disciple. The Wu-Tang school made a devastating lyrical assassin out of Masta Killa; during the group's ascension to most un-fuck-withable crew in the history of hip hop, he built a reputation for calm, eloquent deliveries of thoroughly-crafted verses that were "laced with explosive dosage." When a young nobody named 50 Cent had the audacity to call out the Clan (and every other famous hip hop entity) in the late 90s as a means of getting attention, it was Masta Killa who responded on wax with his patented measured explosiveness: "Fuck fame/ I'll shoot a hole through a 50-cent piece/ to test my aim/ how dare you call the gods in vain/ not knowing the seriousness of this/ and why I came/ to earth feet first." That same track, "One Blood Under W", also features this most memorable of rap lines:


Of all the Clan's nine members, Killa was the last one to get to release a solo album, 2004's No Said Date, which would end up being perhaps the most exciting Wu project of the decade. Just when it seemed their sound might be in decline, he brought a refreshed version of their kung-fu-chess-wisdom-asskicking-infused approach that proved not only could he carry a record as the centerpiece, but that he had ascended to be one of the most skilled artists in the group. The album's Rza-produced title track best exemplifies this:


"Thought premeditated/ well-calculated
the air's been tested/ the people can't wait/ so ahh..
We agreed to send one/ to swim from lost to found
see, truth be the life preserver/ he can't drown
Drunk with the victory/ the Wu cavalry
bomb the seminar/ The Last Hoorah for Chivalry
classical Yo-Yo Ma/ laced in the bulletproof fabric
crafted and mastered in space"
Posted by PQ at 2:45 PM