On the Advantage and Attraction of a Martzian Offense 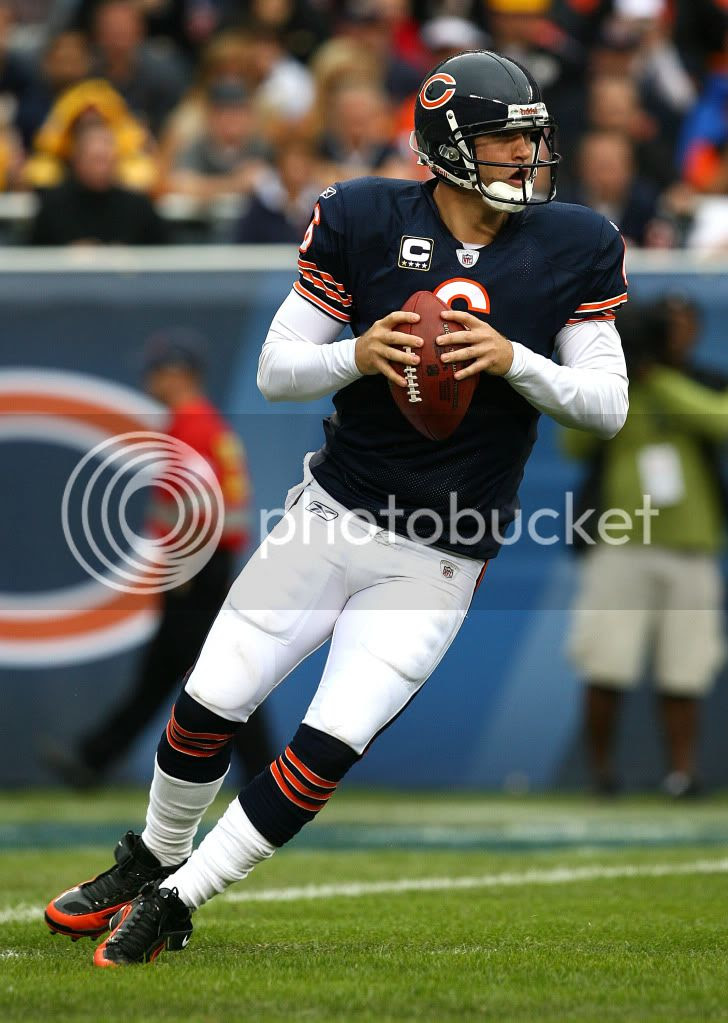 I like the Chicago Bears this year. And I by that I don't necessarily mean "I like their chances" but instead (and in addition to that) I mean I enjoy watching this year's team play, will root for them, and will use them when I play Madden 2011. Why? Simply because they have assembled what I find to be a very interesting and exciting team. I will elaborate on that in a moment but first let me explain the nature of my unusual sports team partisanship.

Like pretty much everybody else who likes sports, I am a fan of those teams based in the region I grew up in. As pathetic and embarrassing as they've been the last couple years, I will always be a Mets fan. The New York Rangers had some years of ridiculous ineptitude but I'll always consider myself a Rangers fan. In the NBA, it's both the Knicks and the Nets or whichever of those two is currently not horrible (at the moment, they're both not looking too good).

My interest in NFL football sprung about pretty late; it wasn't until I was 13 that I really took interest in it. That was 1998 and the Jets went all the way to the AFC Championship game led by quarterback Vinny Testaverde, scrappy Wayne Chrebet and (one of my all time faves) running back Curtis Martin, capturing my attention and giving birth to my passion for the sport in the process. They lost to the eventual Super Bowl-champion Broncos in that game and Testaverde ruptured his Achilles on the first play of the season the next year. With Ray Lucas under center the team somehow managed to finish 8-8 but I didn't pay much attention. In 2000, though, I was officially a diehard Jets fan. I tape recorded each game every Sunday and then would watch it in its entirety throughout the week, skipping the commercials and all the other bells and whistles we're bombarded with these days during a football broadcast (this was before TiVo, of course).

There was one Monday night game that season that I'll never forget. The Jets were hosting a tough Miami Dolphins team and they quickly fell behind 20-0. Going into the 4th quarter the Jets were down 30-7 and, since it was pretty late on a school night, I decided to go to sleep but I still had the VCR recording the game...until my mom came in the room and, seeing that I was asleep and not knowing the mistake she was making, shut the VCR off. Testaverde led an absolutely epic comeback, putting up 30 points in the final quarter to force overtime before claiming an improbable, exciting and historic victory in OT. And I missed it. Luckily, NFL Films made a pseudo-documentary about that game shortly thereafter and I got that on tape and watched it a billion times. Jets radio announcer (and current Miami Dolphins radio announcer) Howard David's yelling "JUMBO ELLIOTT! JUMBO ELLIOTT!" is etched somewhere deep inside my brain. Elliott was an offensive linemen who lined up as a receiver and caught the tying touchdown in the 4th quarter to tie the game at 30. 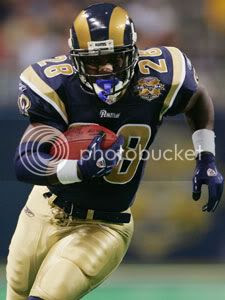 That same season, Mike Martz took over as head coach of the St. Louis Rams and that team, a year after winning the Super Bowl, officially became the most exciting and entertaining football team of my generation. With a duo of elite wide receivers (Isaac Bruce, Torry Holt) an all-around unstoppable running back (Marshall Faulk) and a strong-armed quarterback (Kurt Warner), Martz dictated a system of offense that was designed to offensively bludgeon opponents to death. That year they set a new NFL record for passing yards in a season with 5,492 and blew the league away with by far the most total points scored in football(540 points, almost 34 per game). It should come as no surprise that, for a 15-year-old kid whose main recreation with friends was playing Madden football, they were a dream come true. While I still kept track of my Jets every Sunday, the Rams became my mistress. "The Greatest Show on Turf," as the team was dubbed, often made its way onto national TV and I savored every moment of their games (at least when they had the ball).

Years later, the Rams have faded. The last remnants of that famous squad are gone and, while they've got a great running back in Steven Jackson, they're a pitiful team to watch. I really could care less about them and, honestly, I find it very hard to even look at this group of players wearing those same jerseys as the epic "Show" of the early 2000s.

The same thing happens for me with other sports as well: I was a huge fan of the 76ers while Allen Iverson was torching up the court for them, the Red Wings usually capture my attention and interest with their high-scoring fun-to-watch teams, and in baseball I've usually got a favorite team in each of the six divisions every year. It changes from year to year. Some people find this hard to believe and it's often a struggle to explain to friends of mine who are diehard, close-minded fans of their particular team that I have a strong interest (and even a rooting interest) in teams outside my region (or hometown). I've been an Oakland A's fan for years after reading Moneyball and even before I moved to San Diego I followed the Padres because their teams' decision-makers usually seem to focus on sabermetrics. I always try to watch the Phoenix Suns whenever they're on TV and, though they certainly won't make the playoffs, I thought the Toronto Blue Jays were an extremely fun team to watch this year.

Now, back to the Chicago Bears. In my decade-or-so of football fanhood I've never cared about the Bears and certainly never liked them. I've always found their teams boring even when they were good (even their jerseys are kinda boring). Last season they were an absolute disaster. While they managed to finish 7-9, pretty much every aspect of the team was bad. Looking at my Football Outsiders Almanac, by a special stat of theirs called DVOA (Defense-adjusted Value Over Average), their passing was ranked 23rd, rushing 30th, and overall their once-vaunted defense ranked just 22nd in effectiveness. So, why do I care about this team? 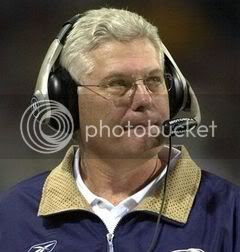 As part of a complete overhaul of their coaching staff in the offseason, the Bears brought in my old pal Mike Martz (shown right, contemplating this very blog post). They already seem to have the pieces in place to operate a solid Martzian high-octane offense:

- while he led the league in interceptions last year, Jay Cutler is still an elite quarterback and he's already off to a superb start this year. After two games he leads the league in quarterback rating and yards per attempt. He has one of the strongest throwing arms in football and a pretty quick release. He's also relatively mobile and can throw on the run. Martz' scheme is almost entirely pass-based so it looks like we might have the makings of something very special here.

- running back Matt Forte had a disappointing sophomore campaign last year but he's looked great so far in this revamped scheme. He's been used almost exclusively as a Marshall Faulk-style receiver out of the backfield and he already leads the team in receptions, receiving yards, and receiving touchdowns. The team also brought in Chester Taylor who's another running back with great receiving skills and so far they've essentially eschewed the run game---they're currently 29th in the league in rushing yards and Forte leads the team with 79 yards on the ground.

- this is a receiving corps with lots of potential. Devin Hester still seems to be learning the position but he's got great speed and should succeed in an offensive system that likes to find receivers in a spot where they can catch the ball and run upfield. Johnny Knox, as the Football Outsiders Almanac says, "has a skill set which is reminiscent of the poster boy for Martz receivers: Torry Holt." Knox already has one huge catch (he brought in a 59-yard bomb last week in Dallas) and, along with Devin Aromashodu and tight end Greg Olson, this crew gives Cutler a pretty sure-handed and speedy group to throw to.

This team also has something those old Rams squads never seemed to have: defense. Although current Bears head coach Lovie Smith was the guy running the defensive show during the glory days in St. Louis, he never had a group this talented. Brian Urlacher returns from a season missed due to injury and joins linebacker Lance Briggs, defensive tackle Tommie Harris, and one of the best defensive players in all of football, free agent signee Julius Peppers, for a very solid front seven that should be able to butt heads with any offense in this league.

They'll get the chance to test their true skills on Monday night in a great rivalry matchup with the Green Bay Packers and their own high-powered offense led by quarterback Aaron Rodgers. Should be a very exciting game and you can bet I'll be rooting for the Bears.
Posted by PQ at 2:33 AM